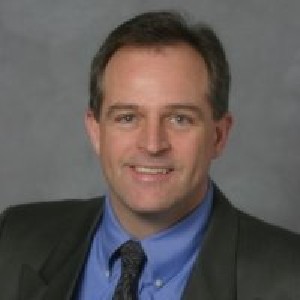 FlexWage Solutions is a startup that is tackling a nasty problem affecting lower- and middle-income individuals. People are getting ripped off by “payday loans,” which charge big fees and high interest rates.

For those who are unfamiliar with payday loans, as many as 76 percent of Americans are living from paycheck to paycheck, according to a  CNN Money article. Research by Pew discussed in a FlexWage blog post suggests that workers rely on loans to cover ordinary living expenses over the course of months, rather than unexpected emergencies over the course of weeks. The average borrower is indebted about five months of the year.

Problems begin when a borrower can’t pay off the original loan on time and is forced to roll it over or to take out another loan to pay off the first, thereby incurring another finance charge and creating a cycle of debt that is difficult to escape. Depending on the state, payday loans can assess finance charges as high as 591% APR, a Pew report said.

FlexWage, which is offered as an employee benefit to these workers, interrupts this cycle. When someone needs extra cash, the company’s WageBank software calculates how much they’ve earned so far in their pay cycle and transfers the money onto a payroll card.

The idea is taking off with employers, and FlexWage executives were recently invited to the White House to explore the use of the company’s WageBank solution for the overall underserved population and recipients of government checks.

When did you launch the company? 2010

WageBank: This is the liquidity product. It integrates with the employer’s payroll and time and attendance applications, allowing us to track and value the labor that employees have earned so far during a pay cycle. Through our system, employees can access their accrued wages, rather than bouncing checks or having to go to a third party lender to obtain expensive loans.

FlexWage Payroll Card: This is a prepaid debit card that provides all the functionality of a checking account without having physical checks. It is designed for the unbanked. There is no credit approval process and there can be no overdrafts. This is a very cost-effective way for that unbanked market to get core services. It eliminates check cashing fees and the need to get money orders to pay bills. Most of our cards have VISA- branded functionality.

Direct Disbursement: This is a mechanism for instant payment from employer to employee or from employer to customer, with funds paid to employee cards. It can be used for anything from bonuses and incentives to reimbursements or per diem expenses. It is a feature that rides on the core WageBank rails.

New Jersey location: Mountainside, with the tech team in Arizona

Dennis Sullivan, VP of product management; Marc Baskin, VP of finance and operations; Charles Hurst, VP of technology (Scottsdale). There is also another cofounder who has never been active in the business, but takes on an advisory role.

Any employees yet? Ten employees, six in New Jersey and four in Arizona

Funding: We’ve raised a little over $8 million in outside funding, primarily from private equity firms.

Market you are serving: The lower- and middle-income market.

Yes, we do plan to stay for the foreseeable future. I initially moved to New Jersey long ago, when I worked for American Express. I moved here and worked in the city. My wife is from New Jersey, so we moved away but when we had kids we moved back to raise the kids here.

There is a massive socioeconomic problem in core financial services for lower- and middle-income employees. We solve those in a very cost-effective technology-driven fashion.

3.     Why can you address this problem better than anyone else?

Prior to founding FlexWage, I worked at JP Morgan Chase and ran the commercial card business in New York City. I think we can solve this problem because I have some very unique experience in my background. Besides knowing how to run large chunks of large corporate financial businesses, I’m an experienced startup entrepreneur. This will be my third technology startup. I have a process background in improving products and I used that background, along with some unique career events, to devise a solution that is scalable, efficient and sustainable.

We’ve patented the process and systems associated with utilizing payroll time and attendance data to eliminate risk and provide a transaction-based service instead of a loan. I was able to weave a bunch of different things together to create a very logical solution that nobody had previously thought of.

One of the products I was responsible for at JP Morgan was the payroll product, a prepaid debit product geared towards the underserved marketplace. When I picked up that product set, it was really my first exposure to the lower- and middle-income market from the financial services perspective. It struck me how poorly serviced they are, how much they pay unnecessarily for rudimentary financial services. And it opened my eyes to a market I could address with a really cool business, a business that is sustainable and profitable, but also provides a tangible benefit to the marketplace.

At the core of it, we are helping to smooth the cash flow for the market segment that doesn’t have good short-term liquidity alternatives.

We were brainstorming with a couple of people and came up with a few ideas, and then we checked the URLs and the trademarking to make sure we had a name that was unique and protectable. The name logically represents what the company is all about.

5.     What was the biggest mistake you’ve made so far in your entrepreneurial journey, and what did you learn from it?

In an earlier startup company, I made the mistake of believing that large companies would buy from small startups with the same level of confidence that they would when buying from larger companies. I had been used to working with large brand-name companies like American Express. The startup was Integrated Lodging Service, which outsourced and automated crew-member layovers and transportation for airlines. Even though we had a great product, the airlines didn’t want to buy from a startup with no brand-name recognition. There were only so many airlines to approach. We did eventually get some traction, but it took forever and a day. That hurdle was much larger than I believed. I learned early on to partner with companies that have brand equity in the market or tangentially touching the market I am going after.

6.      When was the last time you thought about quitting your startup and going back to corporate life, or doing something else? What got you to stay?

I’ve never been there with FlexWage. With my second startup, we had had some horrific timing. We started the business right before the dot-com meltdown back in 2000. We ran into real headwinds even though it wasn’t a dot-com business. However, it was a technology business, a travel technology business. We actually made it through that difficulty to Sept. 11, 2001, but then 9/11 shut down the airline and travel business pretty effectively, and that was the end of the line.

What caused me to go back to corporate was that the company ran out of cash, and the market was not in any condition to support a new product at that point. With my return to corporate came the comfort of the big paycheck, but also the frustration of dealing with the “big ship, little rudder” mentality. That was more frustration than I was willing to deal with.

The only thing I would do differently for FlexWage would be to bring on a motivated, connected head of sales earlier, someone who had connections in the businesses we are looking to serve. It’s just a tough order to find the kind of person I’m looking for. I wish we had found that person sooner.

We have an advisory council primarily made up of our investors, and most of them are successful entrepreneurs who have built successful businesses. They are not just people who made money from other people’s labor. They are my sounding board. I have a couple of friends who run other companies, and we will pick each other’s brains or try to do some logic checks among ourselves. I’ve been exposed to a lot of people who have done a lot of great things, so I don’t really have the problem of picking up the phone to call someone or making that connection. While being a CEO is lonely at the top, once you have enough connections you develop a consistent and reliable network.

9.     What does your family think about you being an entrepreneur?

They love it when it is going well and they don’t like it so much when it’s not. I’d say in general they are pretty supportive. They know my personality and my orientation towards creating and building. But during tough times there are always questions and concerns.

I have a deep domain expertise and a ton of contacts in places that have been very important to us. I would say that this has really been the strength of the business up to this point. An intimate understanding of the marketplace, the players in the marketplace and the suppliers has given us an edge that most small businesses don’t have in creating a new market.

The other part is more personal. I grew up in a lower-income environment. In doing so, I became independent very early in life, and that has served me well later on, particularly in the startup arena. I don’t have a fear of failure. I have a very half-full or overflowing cup mentality. I’m more motivated by success and making things happen than I am by fear of failure. I think that this comes from my background. If you start with nothing and you build something, you are not as afraid to lose it because you know you can take the gifts you’ve been given and make something good out of them.