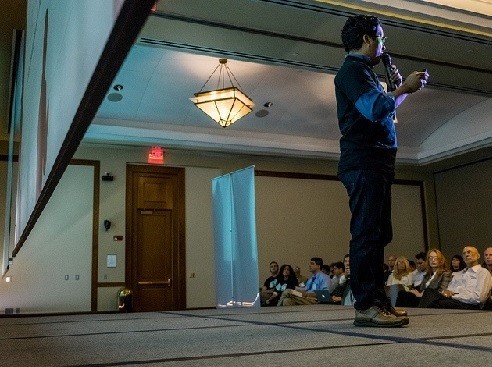 As TechLaunch begins taking applications for its third class of startups, NJTechWeekly.com is reminded of some interviews we did with the second class of companies to graduate from the New Jersey tech accelerator.

TechLaunch was founded by Mario Casabona in collaboration with the New Jersey Economic Development Authority (EDA). So far 19 companies, many of which have stayed in the Garden State, have been nurtured by the accelerator.

Some startup founders may wonder why it’s important to join an accelerator. Perhaps it’s not essential if you want a lifestyle company, are certain of your direction or are a serial entrepreneur who has already grown a successful business.

But if you are a team with a dream but little business knowledge and you expect your idea to make it big, going through the accelerator process can provide you the tools to make investors want to write you a check.

The second TechLaunch founder class talked to us about the value of its TechLaunch experience in specific terms. Most participants had found the mentoring, workshops and business coaching to help them take their company to the next level.

NJTechWeekly.com asked the founders which single aspect of the 16-week LaunchPad educational boot camp they had attended was the most valuable to them or to their company, and why. Their answers follow.

Hazarai CEO Ian Griggs was very enthusiastic about his TechLaunch experience. He noted, “Definitely, being in such a positive and collaborative environment every day really helps make things happen. We like to say that in this little ‘Startup University’ that is TechLaunch, we have the best “R.A.” in the executive director, Travis Kahn.

In fact, added Griggs, “Many of his [Kahn’s] suggestions have found their way into what we’re doing today vs. when we first started the program. Plus, the access we had to the mentors is unbelievable. Having the ability to work with people like Mary Howard and Rob Ripp on a weekly basis, get executive coaching from Michael Hamilton or just to be able to pick up the phone and call Aaron Mandelbaum no matter how late … there really is no way to put a value on that.”

30 Second Showcase received its most valuable information during the business-training course portion of the accelerator. “Mary Howard gave us all the inside information … we need to know as entrepreneurs and what investors want to hear from team members. To us it felt like a crash course MBA, giving us a better understanding of our company as a whole,” cofounder James Kaiser said.

Invidio cofounder Joe Scola said that for him, community was the most important aspect: “Essentially, this can be broken down into connections and feedback from both peers and experienced professionals.

“This has been crucial in all areas of our business and has helped to accelerate our development. From strategy to education, pitch decks and materials, there’s an ongoing refinement in a startup that benefits greatly from a constant feedback loop. The community at TechLaunch has provided just that,” Scola added.

Caktus CEO Panu Keski-Pukkila was thinking of other kinds of networking and connections when he answered the question.

“Our main market is here in the U.S., and it is of utmost importance to have a network of people here who can help us get further connected. During the program we noticed the huge difference between trying to cold-contact people and getting an introduction. Relationships really make the world go ’round.”

According to SeekChange cofounder Nicole Letelier, being there to see, experience and learn from the teams as they pivoted and changed; the knowledge gained from the deep focus that the TechLaunch structure provided; and the mentors’ guidance were the most valuable aspects of her accelerator experience.

Speaking for BeautyStat, CEO Ron Robinson said, “The most valuable part of the program for us was learning to optimize our revenue model so that we can scale the business faster.”

Harry Abrahamsen, CEO of ProspectPredict, added that the educational format and delivery of information helped prepare his team to speak to potential investors.

The most valuable aspect of the accelerator for Inbox was the weekly pitch nights. “The pitch nights are valuable interim milestones that really challenged us to think about what matters most from a business/opportunity perspective,” CEO Maher Janajri said.

And ShareWatts CEO, Sameer Pai, replied, “The initial ‘throw you in the deep end’ approach and subsequent mentorship we received from LauchPad was most valuable in the formation of the company and the eventual development of a business plan and product prototypes.”