Attendees at the New Jersey Tech Council’s Venture Conference in April were treated to lemonade made by a new Hoboken enterprise called the “Robotic Lemonade” company.

The company is run and operated by a 30-member team from  Rocket Club (Hoboken), all of them between 9 and 14 years old.

The Rocket Club taught its members about entrepreneurship by guiding them through its proprietary curriculum on how to conceptualize, build, operate and scale a successful business.

The kids conducted extensive market research on competitor brands, developed a financial model on profit per cup, created their ideal mix of the lemonade, and built their very own robotic lemonade stand, which includes a mixer and dispenser.

The stand is designed with a autonomous robotic arm that continuously stirs the lemonade mix when prompted via a switch, and then pours the lemonade into a cup that manually self-rotates on a conveyor belt-style contraption. The robot was built out of pieces from LEGO MINDSTORM EV3 kits and other mechanical parts.

The young developers sold lemonade to VCs, investment bankers and angel investors at the Venture Conference, not to mention New Jersey Tech Council staff. The members accepted the digital point-of-sale transactions, in which customers bought a cup for $1, with an option to donate any amount they wish. All the profits went to St. Jude Children’s Research Hospital (Memphis) and Kode with Klossy (New York).

The Robotic Lemonade company has already piqued the interest of Shark Tank’s Kevin O’Leary, Barbara Corcoran and Daymond John. The trio congratulated the members for making history by filming personalized videos. “I think it is fantastic for kids to get involved in business as early as possible, and that’s why I want to give a huge shoutout for the Rocket Club members.” said Kevin O’Leary, aka “Mr. Wonderful.”

“It was more about encouragement! We didn’t know that these successful veteran entrepreneurs were going to be so gung-ho about what the kids were doing. This is definitely a moment we hope the kids can look to for inspiration down the line,” said a Robotic Lemonade spokeswoman.

“Entrepreneurs are crucial to a successful future society because young people will have so many different careers, ” said James Barrood, president and CEO, New Jersey Tech Council. “Their entrepreneurial skill sets will come in very handy as the digital economy changes everything. We are so impressed by Rocket Club, and I look forward to getting my daughters involved as well!”

“People think lemonade stands are a kid’s game. Well, that’s awesome, because drinks have a high profit margin,” said Kayden Jones, who just turned 11 and is a Robotic Lemonade cofounder and Rocket Club member. The next step in the Robotic Lemonade business plan is to pinpoint potential locations for future expansion and to explore merchandising opportunities.

“We knew our members would enjoy developing and coding the robotic lemonade stand, but we had no idea how excited they would be to do market research, design their own product, and discuss their company’s financials.” said Rocket Club’s founder and owner, Alex Hodara.

“We are blown away by what our members have done so far with Robotic Lemonade, and we want to do whatever we can to connect them with industry leaders and push them to continue to hone these rare STEM and entrepreneurship skills.”

“We want Rocket Club members to graduate from our club with a network that is stronger than 99% of college graduates,” said Paulo Nunes, president and director of Rocket Club. “Our members are proving to have very few limiting beliefs on what they can accomplish, leading to them to develop innovations beyond most people’s comprehension, all while networking with industry leaders. Today they are building the world’s first robotic lemonade stand, but who knows what they will accomplish by the time they reach high school.”

Rocket Club’s inaugural (spring) semester is currently filled to capacity, but parents and students can contact the organization here for information about the 2019 fall semester, which starts in September. Rocket Club is actively looking to expand to new locations, the principals said.

717 More posts in Around New Jersey category
Recommended for you 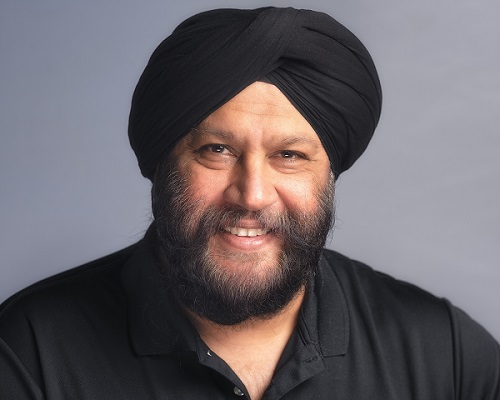 When NJTechWeekly.com spoke with Jaswinder Chadha, president and CEO of Axtria (Berkeley Heights), a couple...

SOSV (Princeton) announces the close of a $100M Select Fund, the venture investor's first growth stage fund https://buff.ly/2SsdUQW The fund will be used for series B financing in the VC's own portfolio companies.

At some Walmarts, you now can get food, clothing … and career training | ROI-NJ https://buff.ly/2SpvJ35