The community bank, known for its development and use of cutting-edge technology, dedicated its entire staff of 300 to make this happen.

The bank wound up processing about 10,000 loans during the program’s first stage and almost 100,000 more during the program’s second stage, said Phil Goldfeder, senior vice president of public affairs at Cross River, in a conversation with Aaron Price, CEO of TechUnited:NJ at a virtual event on June 25.

“The question was: Could we actually offer a program that is seamless, that will be accessible to people, that will work right immediately?” Goldfeder stated.

The Small Business Administration’s Paycheck Protection Program (PPP) allows small business owners to tap into potentially forgivable loans to keep their employees on board during the COVID-19 economic shutdown.

Goldfeder described the bank’s all-hands-on-deck effort to create a system for handling these loans. “This was really employee driven. Our employees basically said, we’re all willing to stop what we’re doing and dig right in to understand what the rules are going to be, understand what the parameters are, and understand how to best serve and make these loans,” he said.

“Everybody in the bank, from engineers to technologists, to bank tellers, to compliance staff — basically all said okay, we’re all going to turn and shift what we’re doing into this program, and see if we can get it going,” he added. “Our CEO was handling customer service calls just to understand and deal with some of the concerns, and see where the problems were.”

Goldfeder noted that many larger, more established banks didn’t want to handle these PPP loans because the profit margins weren’t large enough, or because the banks weren’t ready for the onslaught of applications.

He acknowledged that there were some issues with the technology, given that it had been built so rapidly, but he said that Cross River worked to address those issues quickly. The bank took its entire team, and “turned them towards this, to figure out how to resolve these issues, how to troubleshoot them.”

The bank had processed 107,000 loans by the time of Goldfeder’s conversation with Price. The PPP was set to end on June 30, but the president recently signed an extension to August 8.

Goldfeder added that partnering with cutting-edge technology companies was key to making its program happen. “Our partners in the technology world enabled us to serve 107,000 borrowers with a staff of 300.”

In the world of banking, Cross River is small, with assets around $2.5 billion. The biggest banks in the country have $2 trillion in assets. Yet in terms of the quantities of loans issued for the Paycheck Protection Program, Cross River was only beaten by Chase, Bank of America and Wells Fargo, he said.

“There was no state that did more for its businesses and its communities than New Jersey.”

Goldfeder, a New Yorker, had a lot of good things to say about being headquartered in New Jersey and about Governor Murphy’s efforts on behalf of small businesses.

When COVID-19 shut down all but essential businesses, “there was no state that did more for its businesses and its communities than New Jersey. Tim Sullivan, of the New Jersey EDA [Economic Development Authority], has not stopped since the day this pandemic hit, finding new, innovative, creative ways to help. They reached out to so many of us in the small business and banking world to talk about ‘what can we offer?’ and ‘what kind of programs can we implement?’ and ‘how can New Jersey be helpful to that?’”

Cross River first opened on June 23, 2008 in Teaneck, but later moved to Fort Lee. “We were raised here in Fort Lee, and we’ve only been successful because of the help and the benefit of being right here in New Jersey, by the governor’s office, the EDA and Choose New Jersey. Everybody across the board has just been so supportive and so helpful. … The New Jersey EDA was offering programs of their own, which was unheard of in most states across the country,” said Goldfeder.

“I think Governor Murphy has instilled in his staff that their job here is to serve, and it’s not about politics. … The job is to find ways to help businesses who are struggling,” and to make it as easy as possible for those businesses to get help.

Goldfeder mentioned that the bank, which has a technology-development center in Israel, had done an event in Israel with Choose New Jersey to celebrate the historic bridge between New Jersey and Israel and cultivate further investment and economic opportunities.

He also made it clear that Cross River wants to partner with startups and other local organizations that have technology the bank might be able to use. In fact, he said, the bank had watched a clean energy startup showcase from TechUnited:NJ, and reached out to one of the companies on that show. He then asked those on the video call to contact him either directly or through TechUnited:NJ.

10 More posts in fintech category
Recommended for you 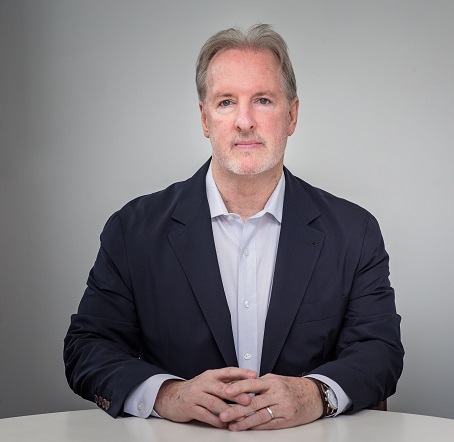 Bob Cortright Talks about DriveWealth’s Evolution and Where $56.7 Million Will Take the Company

In late October, the news was out: Chatham-based fintech startup DriveWealth had secured $56.7 million...

@njtechwkly One issue, with the official NJ locations spreadsheet and this one, is that a single organization with multiple locations gets many repetitive rows--making it difficult to determine your actual options.
I had tried to avoid that here: https://dantasfiles.github.io/nj-covid19-vaccine-location-guide/