During Computer Science Education Week, Dec. 7-13, schools all over New Jersey participated in Hour of Code events. Here are just some of their activities.

Newark Mayor Ras J. Baraka joined computer experts and University High School students on Monday, Dec. 7, for the national Hour of Code, which is designed to get students interested in writing code and learning about high tech careers. According to a release, “In writing his own piece of computer code, Mayor Baraka — a 22-year Newark educator — became the City’s first Chief Executive to do so. The class was conducted by volunteers Anthony Frasier of Tech808and Vincent Randolph of 24HourCustoms.com.”

The city also announced a couple of new programs aimed at increasing computer literacy. One of them, called “City of Code,” and scheduled to begin in January, is sponsored by the Newark Housing Authority and facilitated by members of Code for Newark, who will host teen coding clubs at three locations. The students will go through a 12-week course and receive instruction on the foundation of web development as well as guidance on Newark’s tech opportunities. Another program, “Art of Code,” will work with the Newark Workforce Investment Board, New Jersey Institute of Technology, Medina=Citi, Equal Space and Code Crew, and will teach JavaScript, an in-demand programming language. This program will also include job-readiness training. Superintendent Brian Brotschul reported that Delran Township Public Schools marked Computer Science Education Week by promoting the participation of students and their families in the Hour of Code. “Our youngest learners, kindergarten through secondnd grade students at Millbridge Elementary School, participated in an ‘unplugged’ activity that promotes the type of thinking required in computer coding, called Imagination Playground,” he said.

“Students in several third, fourth, and fifth grade classrooms participated in an online Hour of Code at Delran Intermediate School,” Brotschul continued. “At Delran Middle School, every student will participate in an Hour of Code online during December. At Delran High School, students continued to learn coding applications in our Computer Science course. In addition to activities in school, parents and families throughout the district were provided with information and links, and encouraged to engage their children in an Hour of Code at home.” “Right now, I like to engage them in this level of computer science and programming because it’s fun,” she added. “I have [most of the grades] working together in pairs because they are at an age where collaborating and helping each other is natural and beneficial to both parties. It also keeps everyone excited about what they are creating and learning.”

When it comes to learning computer science, that’s what it’s all about. For veteran teachers like Shea, finding the right tools is key to student engagement. For kindergarten and first grade, she uses The Foos; for second and third, she uses Tynker, Lightbot and Monster Coding (a favorite with her students); and for fourth, fifth and sixth graders, she finds that it’s best to allow them to choose from three programs: Star Wars or Disney’s Frozen or Minecraft.

According to  an article in TAP into Denville,  children in computer classes at Lakeview Elementary School played computer games that taught the basics of coding. “Although the games vary by age level, each group was able to take away the process of how easy coding can be,” the article said.

Fifth graders at Lakeview and Riverview schools were given a special opportunity to have a Q&A with Tim Hoolihan, senior director of technology at DialogTech, a technology company based in Chicago and Cleveland.

“In Denville, we are stressing an importance for our students to learn how to navigate today’s tech saturated world,” Lakeview School Vice Principal Evan Scala told TAP into Denville. “Hour of Code gives us the opportunity to have all our students and teachers immerse themselves in what computer science is all about. We hope it will spark an interest in students to keep learning.”

According to a report in the Roxbury Register, the Kennedy Elementary School (grades K-4) officially kicked off Roxbury’s “Hour of Code and Computer Science Education Week” with a morning assembly featuring local computer science professionals, such as Tom Hellner, the network administrator for Roxbury’s public schools.

“More than a dozen third and fourth grade students showed off their coding skills from Karen Kovarik’s computer classes with games, art projects, and motion programs that they created over the past few weeks,” said the report.

Principal Eric Renfors commented that he was “impressed with how every year Mrs. Kovarik has worked to grow this event. The kids get so excited to learn the ins and outs of how the computer works, and several of our students who have shown a particular interest and passion for this topic are now starting to write their own code in JavaScript, not just using the ‘click and drag’ programming that they started with.”

According to the article, the students were excited to hear from the members of the Roxbury High School Roxbotix team on how coding is necessary for the robots they create and compete with. “Senior Kent Libby showed off one of the robots the Roxbotix team was currently working on and answered questions about the program and coding from the students. Libby emphasized how fortunate these students are to be able to learn coding at such an early age as he didn’t have the opportunity until he was in ninth grade.”

Previous: State Buying 5,000 Body Cams for 176 N.J. Police Departments
Next: Why A 3D Printing Lab In A Business School? To Turn Entrepreneurs Into Designers

688 More posts in Around New Jersey category
Recommended for you 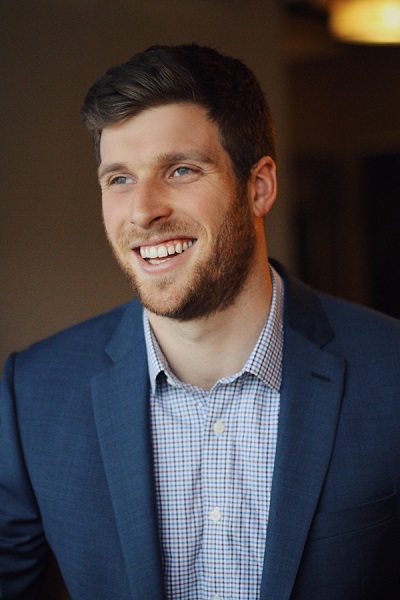 Optimal Dynamics, Spun Off From Princeton, Gets $4 Million

Optimal Dynamics (Princeton), a startup that was spun off from Princeton University, recently secured $4...

For Gonzalez, the ability to pivot products meant everything - ROI-NJ https://buff.ly/31NC2xZ