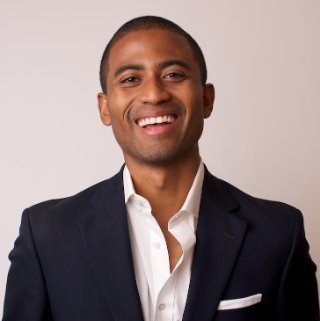 NJTechWeekly.com headed to Asbury Park on Feb. 6, 2013, to see the participants in the five-week IncubateNYC Bootcamp (previously covered here) present their projects at a minimal viable product (MVP) fair.

The entrepreneurs had taken classes at Cowerks, the Asbury Park coworking space, one night a week. IncubateNYC had set up a live stream feed to the New York campus, with an instructor there teaching the curriculum to both a local group and the remote N.J. one.

When the program’s participants went home after each class, they had access to an online tool that connected them to other program participants, allowing them to share information and ask questions. They could also connect with a team of people to pose questions and get feedback on their homework assignments.

For the MVP fair, the Cowerks room was set up so that all the applicants could pitch and demo their new products one-on-one to the observers who stopped by to see them. Brian Shields, cofounder of IncubateNYC, was there to moderate and keep track of whom attendees thought were the “winners.” It was a pretty informal process but one that reflected the hard work these budding entrepreneurs had put into customer development.

Explaining the IncubateNYC philosophy, Shields said, “We take the perspective that in five weeks we can go through the fundamental pieces of a business plan and understand, at least at a basic level, if the entrepreneur should commit to it or not. What you see here are five people who are committed to the experience.”

Shields said that typically about a third of the participants will stop in the middle of the workshop and say, “I’m not fit to be an entrepreneur.” He noted, “Really, this is perfectly fine, because they don’t waste any more time trying to be one. The other two thirds will go on to try to build their business, but they will have a solid foundation knowing what the problem is that they have and what they need to solve for.”

The workshop isn’t just for newbies. There were several serial entrepreneurs in the room, including Kuratur cofounder Brittany Jacobs, who, coincidentally, won “best pitch.” Jacobs’ idea was NightCap, a mobile app for finding deals and entertainment in a hyperlocal area like Asbury Park.

“The difference between this app and others you may have seen is that NightCap is going to find every single bar and restaurant in Asbury Park. I’m not going to just show deals for two bars in Asbury, two bars in Red Bank. This will give you information about your choices in the town you plan to go out in,” said Jacobs. The next step is to obtain all the data and keep it up-to-date, she added.

“The biggest thing I learned from this experience is to definitely go from the customer problem first. If you think you are solving a problem, you’d better make sure that the problem really exists,” Jacobs said.

Gil Olsen of Jerseyshoresight.com –whose post-Superstorm Sandy shore-mapping photos NJTechWeekly.com covered —joined IncubateNYC Bootcamp to try out a new idea and see if it would fly. He won the “crowd favorite product.”

Olsen’s idea comes from his experience as a teacher in Elizabeth. There was so much negativity there, he said, that he would have his students write down good things about themselves. He would then take photosof what they said with his iPhone. Later, when he was looking through the pictures, he thought he could potentially sell what the students had said. He also realized that the young people he was teaching didn’t have access to some character-development activities — like Boy Scout leadership trips — that their more affluent peers did.

Putting the two ideas together, Olsen came up with the concept of creating greeting cards with inspirational sayings from his former students. “We will help the kids design and create the products, and then they can sell them. At least half the money will be earned by the kids themselves and used to earn leadership experiences.”

The five-week program was “a really good exercise in focusing on market fit in the first stage of the entrepreneurial process,” said Olsen.

Joe Hughes of Dynamic Design Group (Brielle), whose idea involves matching independent contractors with leads for work, said the most valuable thing he had done during the five weeks was get on the phone a lot and talk to contractors. He had asked them what one thing they would outsource, among other questions. The program involves the concepts of discovery and idea extraction, and it was important to talk to potential customers to discover their pain points, he indicated. In an update, Hughes told NJTechWeekly.com he has continued to work on the project and that it has developed into the functioning website Rebuild New Jersey. An explanation is here.

Alison Kimszal’s idea called Eleventh Hour is an application that lets users book manicures and pedicures on the fly. The app will show two lists: one of area nail salons and another of available appointment times. Users can book appointments using that list or obtain more information on the salon and schedule an appointment. They receive confirmation once they have made an appointment. Said Kimszal, “Even if this doesn’t go anywhere, I’ve learned a lot about the process and how to apply it to other ideas I have in the future.”

Brian Enochson was the only participant in the room with a business-to-business idea related to big data, a product of existing work his company had done.He pivoted his idea based on feedback he had received from potential users during IncubateNYC.

In an update Enochson said, “We initially were looking at more on the analytics side and then after speaking with several people and working on our software we realized there was an issue with managers, data scientists and analysts to actually identify and catalog what data they have.”

“With the possibility to discover this, define its meaning and keep it in a sort of catalog we were able to add real value to the process,” he continued. “This becomes very valuable for an organization when they can take these basic pieces and identify unknown relationships and derive new pieces of information from it.”

He added, “At the time of the fair we had a prototype that was able to analyze some common data formats and databases and discover some basic formats and patterns within the data.  We have since advanced this technology and used it to deliver data for a publications recommendation system for a client.”

Previous: Hoboken and Stevens to Collaborate on Smart City Technology
Next: Rutgers Tool Simulates the Realities of Sea-Level Rise

1687 More posts in News category
Recommended for you

At EdgeCon, the annual conference of NJ Edge (Newark), a nonprofit organization that addresses the...