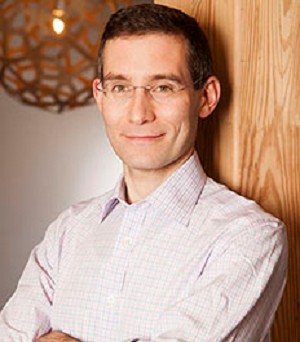 At a symposium titled “Big Data: Transforming Tomorrow’s Workplace,” held on April 30 in Ewing, speakers focused on the role of supercomputers in catalyzing advanced research computing and job growth in New Jersey. There was also a big-data career expo connecting students trained in data analytics to potential employers.

The meeting was the fifth annual conference sponsored by the New Jersey Big Data Alliance (NJBDA). The organization was established in 2013 by Rutgers University in partnership with eight other institutions of higher learning. Their goal is to encourage cooperation among academia, industry and government in New Jersey to develop advanced computational capabilities and expertise within the state. The NJBDA’s membership now comprises 17 higher-education institutions and three corporations.

In 2016, Rutgers officially introduced the supercomputer Caliburn to the state of New Jersey. Caliban’s configuration was financed under a $10 million award from the New Jersey Higher Education Equipment Leasing Fund, and the supercomputer has since spurred growth in advanced research computing in the state, said conference participants. In 2017, it was ranked as one of the most powerful supercomputers used for academic purposes in the U.S.

His research revealed that job seekers with a mix of fundamental skills that are data-enabled are in high demand, and are paid significantly more. Sigelman’s findings show that a combination of business and data knowledge, in addition to soft skills, makes liberal arts majors viable candidates for big-data jobs.

Sigelman said that when employees who’ve mastered foundational skills (such as problem solving, collaboration and creativity) also acquire the ability to analyze data, they become much more valuable to employers.

According to Sigelman, big data is hitting the economy at a moment when jobs are changing and more jobs are hybridized ? mixing and matching skills from different fields. Our future isn’t about data jobs, he said. It’s about data skills.

Sharon Blanton, vice president for information technology and CIO at The College of New Jersey (Ewing), told the audience, “The New Jersey Big Data Alliance and the resources shared by members will be tremendously beneficial to students. Exposure to current tools, applications, data sets, researchers and potential employers is vital to student success.”

Blanton also sees a great potential for collaboration among organizations throughout New Jersey on combining data sets, resources and research (using Caliburn) to address some of the most interesting and challenging questions in the Garden State. The Rutgers Discovery Informatics Institute (RDI2), based in Piscataway, is currently calling for proposals on instrument allocation. If you are an academic researcher looking to further test your models, you may submit a proposal here. Proposals must be received no later than Monday, June 4.

Finally, anyone who’s ever lived in New Jersey, or has at least driven through or gotten lost here, will be familiar with the sign, “TRENTON MAKES: THE WORLD TAKES.”  Sigelman suggested that we change the sign to “TRENTON COMPUTES: THE WORLD SALUTES.” With their new skills at the intersection of higher education and the job market, New Jersey students are certainly well placed to succeed in this evolving economy, he said.

Previous: Changes at the Top at NJ Tech Companies Wayside and Comodo
Next: Stevens Institute for Artificial Intelligence Encourages AI Experts from Various Fields to Collaborate