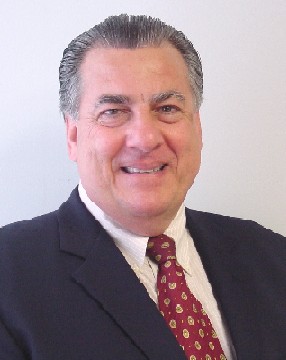 Bronx- and Israel-based startup ReplyAll has developed a blogcasting platform. To demonstrate its capabilities, the company invited the TechLaunch (Clifton) accelerator founder Mario Casabona to participate in a conversation held on the platform.

Knowing what Casabona thinks is especially relevant as the deadline for TechLaunch applications — Jan. 5, 2014, at 11:59 p.m. — approaches. The accelerator is holding an open house Jan. 3, 2014, for those who still have questions. [We received word that the open house has been postponed due to the weather until Jan. 8. Check the TechLaunch website for further information. Also, the TechLaunch deadline has been extended until Jan.19,2014.]

Zach Abramowitz, cofounder and CEO of ReplyAll, had asked Casabona to discuss, two years after starting TechLaunch and 19 companies later, what worked and didn’t work for him.

Casabona, always the straight shooter, answered the question directly: “What works is having expectations from our cofounders that are a little overreaching. Our primary focus is to figure out which of the 10 or so companies have what it takes. Our extensive screening process only goes so far. Once into the program, working with the cofounders gives us an entirely different perspective. Some that we thought would have been home runs fizzle out, and others really rise to our expectations.”

Abramowitz asked how long it takes TechLaunch to make that determination. Casabona replied, “First … the only key metric in my mind that determines success is an exit or IPO.” In the meanwhile, he continued, “I get an idea if the team has what it takes by observing the team’s commitment and passion to their ‘company.’ ”

Said Casabona, “I say ‘company’ because during the TechLaunch program, several teams have pivoted (I hate that word) their product as a result of inputs from the TechLaunch staff, mentors and market. The ‘company’ represents the founders, team, idea, stockholders, IP, product and you get the idea.

“So … the near-term metric is the team’s commitment to their company. Are they willing to work 24/7 and make their company the priority and do what it takes? I’ll get a pretty good idea of that level of commitment starting midway but definitely by the end of the 16 weeks at TechLaunch,” continued Casabona.

ReplyAll has launched an embeddable widget that allows these ongoing conversations to be embedded in a website or a blog. The conversations are search engine optimization-friendly, the company said. They offer online content creators a way to add ongoing fresh content to their site without having to be the sole creator of that content.

Read the rest of the conversation here.

Previous: Remember N.J. Demands Recycling Old Electronics
Next: For the New Year, Entrepreneurs and Academics Offer One Piece of Advice to NJ Startups