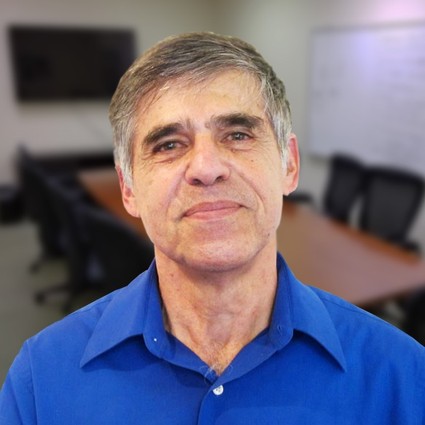 Advanced Data Systems (Paramus) is celebrating its 40th year of operation. Since 1977, the company’s mission has been to “create and deliver superior healthcare software solutions supporting optimum productivity while providing our customers with the finest in training, support, and services,” according to its website.

Its vision since 1977 has been to ensure that “our software continues to be a leader in meeting the challenges and changes within the healthcare industry, and that upcoming and newly developed initiatives and requirements are both complied with — and can be taken full advantage of — by our customers.”

NJTechWeekly.com interviewed David Barzillai, founder and president, via email for this article.

What does your company do?

Advanced Data Systems (ADS) produces software for medical practices, groups and networks, and for medical-revenue-cycle management companies that perform a host of outsourced services for their clients, such as billingand claim submission. Our systems help our clients to generate maximized revenue while operating at peak levels of efficiency.

We implement, train and support our clients on the software and IT sides.

ADS also supports cloud implementation via our remotely hosted servers for clients who prefer the cloud. By the way, the majority of our installations today are cloud-based.

How many people do you employ in New Jersey?

We have approximately 150 employees in New Jersey, the majority of whom work at our corporate office in Paramus, with another 100 or so full-time employees who are not located in Paramus. The company has offices outside of Philadelphia and on Long Island.

Your company is celebrating its 40th anniversary this year, which is remarkable. Tell me about how you got the idea for the company and the founding story behind the company.

Yes, 40 continuous years of operation under the same company name really is remarkable, especially in this particular industry, which has somewhat of a reputation for companies and vendors coming and going, or for off-loading their systems to other vendors for support.

The idea for ADS came about almost by accident. I’m an electrical engineer by training. While working for a company in Manhattan in 1977, I began dabbling in software programming, which was very new and primitive at the time.

Someone with whom I was acquainted at a radiology practice knew I was doing this and asked if I could create an automated patient database for him. At the time, most medical practices were still using Rolodex cards.

I created a program for them that by today’s standards would be laughable, but it was “high tech” then, and it worked. As word got out, more and more requests came to me from other radiology practices that wanted the same thing. And that’s what gave rise to Advanced Data Systems. It’s really quite a story.

Tell me something about your background before you founded the company.

I grew up in Israel and, as mentioned, I was on an electrical engineering track, having studied that at the Israeli Air Force Academy. My wife and I came to New York in the early 70s. It was the first time either of us lived outside of Israel.

A company called Elcint brought me on board to assist with engineering projects. I then obtained a degree in electrical engineering from the City College of New York. During that time, I also became fascinated with computer software programming, which was in its infancy. I took to it, and later studied programming more formally.

It was while working for Elcint that I begin creating software for those radiology practices. I did that at nights and on weekends.

How has your company changed during the 40 years?

Technology has become so extraordinary over the years from when we started writing programs in DOS.

So, besides the obvious in terms of company growth in 40 years, it’s the refinements and updates in software and the surrounding technology that has really catapulted the company from having only local, tri-state clients into one that’s national, with clients from the East to the West coasts.

It would have been hard to believe when we started back then that today there would be tens of thousands of physicians and system operators relying on our software.

Your company has been in business through many ups and downs in the economy. How have you managed to stay on an upward trajectory during all those events?

Yes, there have definitely been upward and downward economic turns since 1977. Our continued growth even during down times can be attributed to the fact that medical practices simply need software such as ours to help them operate more efficiently and profitably.

Ironically, that happens to be especially true when the economy is a little down…when medical practices need to obtain every dollar for every service and visit.

Overall, we’ve been fortunate in being able to exceed expectations during those down times.

Please discuss a problem you faced in your company, how you solved it and what you learned from it.

One thing that comes to mind immediately goes back to probably to the early 1990s, when graphical user interface (GUI) became the rage, with software morphing from being character-based and menu-driven on a black or amber screen to being more graphic, with mouse functionality.

The ADS system at the time was Medics II, and it was character-based, as described. Our programming team created two different systems. One was MedicsPremier, which gave Medics II clients an easy pathway to graphics and mouse functionality. We also created MedicsElite for new clients who wanted that same functionality from the get-go.  Today, MedicsCloud is the next generation of browser-based systems we’re producing.

So, I would say one major problem — or perhaps a better word is “challenge” — was (and is) to create software that meets our clients’ needs based on the technology of the times.

What did we learn from it? That software is not stagnant. It’s constantly changing, as are its requirements, especially in an industry with governmental-mandated changes and incentive programs for physicians who need to use specific types of certified systems such as ours.

What has been your greatest success as president?

Thankfully, there have been so many successes, it’s difficult to isolate one.

The creation of our electronic health records system (MedicsDocAssistant™), which is certified, was without a doubt a major success.

Having developed our MedicsRIS™ system specifically for radiology is another notable accomplishment, with hundreds of radiology and imaging centers nationally using it.

The hundreds and hundreds of required updates that have been needed since 1977, where we never missed a deadline, is something else in which I personally take great pride.

The fact that we’re successfully supporting so many different types of clients would have to be considered a success as well.

How would you describe your company culture?

We give room for people to create great software and to leverage their strengths, whether they are technology-, people-, or analytically oriented.

It’s great to have as much fun as possible at work while still getting the job done. Coming to work every day should be as enjoyable an experience as possible.

Why is the business in New Jersey?

We’ve always been Jersey residents, other than our first few years living in Sharon, Mass. So, it was natural that ADS would be here in New Jersey.

Our first office was in the basement of our New Jersey house. We then took some small office space in Rochelle Park, and then moved to a larger, two-story building in Maywood.

We eventually occupied virtually that entire building’s space. Today we’re in the 15,000-square-foot ADS Building, in Paramus, just off Route 17 north, near the Route 4 intersection.

We’ve always been New Jersey-based, and that’s something that will never change.

What do you think the next governor should do to help tech businesses in New Jersey?

There’s a lot going on right now in New Jersey on the tech side in terms of education and business, with institutions such as NJIT, Stevens, Rutgers and so many other schools offering both high-level technology programs and degrees.

The next governor should ensure that this policy remains constant and is perhaps expanded. Presumably, he or she would also have a committee of technology experts to counsel on business and technology.

With regard to helping technology companies, I’m sure anyone in technology would say to not create disincentives, but to create incentives for pushing technology’s envelope to the limit, and to find ways to encourage technology creation right here in New Jersey.

The state has an incredibly deep pool of highly talented people; there’s no reason why encouraging technology innovation shouldn’t be a given.

Previous: Asbury Agile — A Unique Conference with a Software Bent — Returns to the Jersey Shore on October 6
Next: Proposal to Scan N.J. Motorists' Phones Lingers Despite Some Concerns