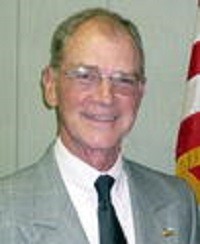 This is the second of a two-part story on technological upgrades being implemented in New Jersey shore towns in the aftermath of Superstorm Sandy.

Police communications systems. New websites. Emergency notification systems. Hosted private branch exchanges (PBXs) to help towns manage call flow. These are among the upgrades being made by New Jersey shore towns in response to the ravages of Superstorm Sandy.

Bay Head Mayor William Curtis said his borough will be constructing a new, elevated municipal building to house its offices, including the police department and the courthouse. The existing buildings were flooded with four to five feet of water.

Bay Head Councilman Brian Magory said the new building will be “green” and energy-efficient, with a “sophisticated, controlled system that will save the borough money.

“We spent a lot of time identifying all of the equipment and technology … needed to go into the new building,” Magory said, adding that it will cost about $2.9 million and will include a $60,000 extensive police communications system.

Curtis said the borough had already launched a new municipal website under the direction of Councilwoman Jennifer Barnes-Gambert, who had taken on the challenge of making it a user-friendly way to get the word out about what is happening in town.

As Curtis notes on his mayor’s page, “It has been a long time in coming but we are now in the 21st century. Many of you had asked for this in the past, but it really hit us that we needed to get ‘with it’ when, during our meeting with our nonvoter taxpayers, it was made clear that it would be a better way to communicate with them and everyone.”

The borough of Sea Bright also has a new, improved website, according to Mayor Dina Long, launched in February 2014. Residents are being urged to enroll at www.nixle.com to receive emergency and community text notifications on their cellphones. They should also register with CodeRED (through the borough’s emergency management office) to receive emergency alerts via telephone and email.

“Sandy really showed us our deficiencies. We had Reverse 911 that went to people’s home phones, but people had evacuated and weren’t home,” Mayor Long said. “We also found that we needed a website that would work properly on smartphones.”

Long said some residents had recorded town hall meetings in the storm’s aftermath and posted them on YouTube; it was a citizen-driven effort.

In the early days after Sandy struck, the nonprofit Friendship Train Foundation established the Sea Bright Resource Center to help residents access the resources and information they needed to assist with recovery. That effort has been scaled back and has evolved into providing services for the long-term recovery effort.

“In the beginning, the resource center was the hub for information sharing and … was a way to keep residents updated. They really got us back on our feet,” Long said.

[Editor’s note: In the early days, Francis Kiernin and the Friendship Train Foundation taught Sea Bright resident volunteers, who had stayed in town, how to create and update a website. Kiernin and others also showed them how to blog about what was going on in the town, to communicate with residents who had left Sea Bright and weren’t able to return to their homes yet. The Sea Bright Resource Center and its Web activities were financed by a $50,000 grant from the Robin Hood Foundation, according to the center’s Facebook page.]

Although the Sea Bright municipal building did not take a direct hit from waves during the storm, Long said there was no power at all in the town after Sandy struck.

“We used our smartphones and a borrowed iPad the first 36 hours after the storm,” she said.

Now, if a storm should slam Sea Bright, the municipality has already upgraded its phone system to a hosted PBX, a kind of switching system that can redirect calls in the event of a disaster.

Reynwood’s website notes that a hosted PBX site can sidestep many of the challenges of disaster recovery: “In the event of a disaster, online tools and smartphone apps allow you to manage and control call flow in real time.”

Mitchell said the borough had also upgraded its computer servers and storage and even performed simple mechanical work, including elevating electrical panels on poles and covering them, to protect them from the elements.

“We did everything we could think of so we can keep the town running in case there is ever another storm like Sandy,” said Mayor Long.

Reporting for this story was made possible through a Grow & Strengthen Grant from the NJ News Commons.