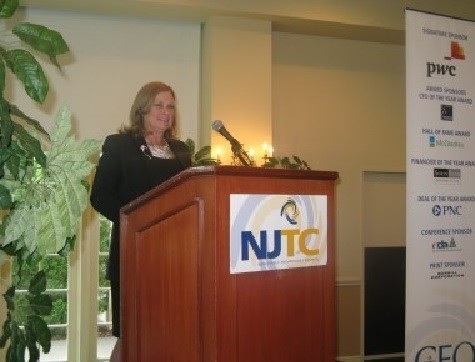 Alcatel-Lucent: Alcatel-Lucent which employs more than 2,000 people in New Jersey announced a plan to lay off more than 10,000 people worldwide. How New Jersey’s tech community will be affected hasn’t been discussed. Alcatel-Lucent was formed in a merger between the French company Alcatel with Lucent Technologies in 2006. The company has since been based in France.

It’s no secret that the merged company has been in trouble. Alcatel-Lucent announced a plan in June to reduce costs by $1.36 billion. In its statement today, the company indicated that while cutting jobs severely, it would increase spending on Research and Development for next generation technologies to 85 percent of R&D budget, up from the current level of 65 percent, and will cut spending on legacy technologies.

The Alcatel-Lucent Bell Labs facility in Murray Hill is still doing research and development. NJTechWeekly.com visited there for an event honoring the late Dennis Ritchie and at one point the scientists showcased their latest technologies.

Bringing together quality process and document management in a single, end-to-end solution will allow life sciences companies to strengthen compliance, improve efficiency and lower costs, the companies said in a joint statement.

“Sparta’s strategic relationship with Veeva is a significant milestone as quality-conscious organizations move to streamline mission-critical work processes,” said Eileen Martinson, CEO of Sparta Systems. “Product safety incidents are growing as a result of supplier quality issues. The integration of these products, complemented by our soon-to-be-released cloud-based supplier quality solution, will help ensure safety and efficiency across the enterprise and supplier network,” she added.

Veeva was covered extensively by Philly Tech News as the company unveiled its IPO plans recently. The firm has a significant Philadelphia-area presence.

Collabera: Morristown-based Collabera, a global IT services and professional services company, said it is seeing growth across its business lines. The IT services business has now become a $100 million business entity.

The company also announced that it had recently appointed Raj Mamodia chief executive officer. Mamodia joins Collabera from Cognizant Technology Solutions (Teaneck), where he was part of the global leadership team. The press release said he will be involved in scaling the company.

In addition to highlighting the sonar’s ability to detect subsurface vessels, the three-week demonstration off the New Jersey coast under a previously announced U.S. Department of Homeland Security program included an integrated sensor suite made up of the sonar, an over-the-horizon high-frequency radar system for surface surveillance and an automated identification system receiver. The PowerBuoy provided energy for these vessel detection and tracking sensors, enabling persistent offshore maritime security in near-shore, harbor and other nearby zones.

“We were very pleased with the sonar system’s performance, as integrated with other onboard sensors,” said Charles Dunleavy, CEO of OPT. “We also saw the great results of improvements made to the APB-350 following previous in-ocean operations,” he noted. He said the company has identified additional areas to optimize mission longevity, further enhance performance and improve the power-to-weight ratio of the device, good news for other applications.

MPhase Technologies: MPhase Technologies (East Rutherford) said shareholders who had experienced difficulty with or incurred additional costs when depositing the firm’s shares manually will now be able to have their shares deposited electronically in street name. The Depository Trust Company (DTC) has resolved all the issues and cleared the company to resume accepting deposits of mPhase common stock for book-entry transfer services. All deposit restriction chills have been removed, and the company is again fully DTC-eligible. The removal of the chills allows shareholders holding online brokerage accounts with firms such as Scottrade, ETRADE, TD Ameritrade and other full-service brokerage firms to deposit new shares of mPhase common stock in the electronic system that controls clearance and settlement. MPhase has more than 23,000 shareholders who should benefit from the added choices available due to this action, the company said in a statement.

Mindtree: Global information technology solutions company Mindtree (Warren and Bangalore) has announced that Paul Gottsegen will lead marketing, strategy and alliances as senior VP and chief marketing and strategy officer. He will serve on the firm’s management council and report to CEO and managing director Krishnakumar Natarajan.

According to the statement, Gottsegen will guide the company’s strategic planning, business-unit marketing, branding, sales performance and alliances as Mindtree expands globally by delivering solutions through understanding technology and industry-specific business models