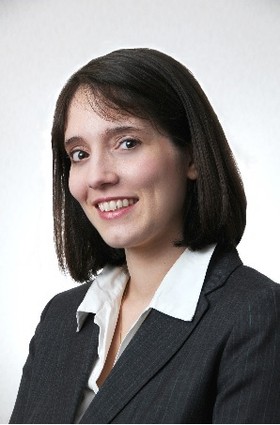 DataMotion: Morristown-based DataMotion, a health information service provider offering secure data delivery services, said it had joined DirectTrust, an independent nonprofit trade association for the secure direct messaging community. Its goal: to establish and maintain a national security and trust framework, a set of technical, legal and business standards for the healthcare industry. In March, the company introduced SecureMail Automation, an email encryption service that automates secure digital message distribution. Securing sensitive email is required for compliance with regulations such as HIPAA/HITECH, GLBA and PCI.

StrikeForce: Edison-based StrikeForce Technologies claims it owns a patent that allows a phone to be used for two-factor authentication. The company is suing Microsoft and its recently acquired PhoneFactor (Overland Park, Kansas) subsidiary. According to an article on eWeek.com, StrikeForce’s CTO, Ram Pemmaraju, applied for a patent in 2004 for his “Multichannel Device Utilizing a Centralized out-of-Band Authentication System (COBAS),” which was granted in January 2011 and assigned U.S. patent No. 7,870,599.

BIO-key: BIO-key (Wall), which recently closed a $900,000 investment, some of which came from a strategic investment by InterDigital (Wilmington, Del.), said total revenue for the three months ended December 31, 2012 was $1,482,835 compared to $545,451 for the same period last year, an increase of 172 percent. “This increase is directly related to orders for new business including expanded services and technologies for several hospitals, reaching agreements with two blood centers to install BIO-key’s TruDonor ID and sales developed through growing OEM relationships.”

This was a milestone for BIO-key, whose CEO, Michael DePasquale, said, “We grew revenue from a diversified customer base while keeping expenses in line, driving profitability in both the quarter and fiscal year 2012.”

INSYS: INSYS Group (Rochelle Park), a woman-owned full-service technology consultancy, marked its 13-year anniversary this month. Despite challenging economic conditions, the company said it is looking back at an outstanding record of organic growth. Having started with fewer than 10 employees, INSYS now has close to 250, and its 2013 revenue is expected to reach $38 million.

SilverSun Technologies:Livingston-based SilverSun, the parent company of SWK Technologies that is buying up Sage software distributors, said its total revenues for the year ended December 31, 2012, climbed 25 percent from $10.52 million. Maintenance and support contributed $4.15 million to total revenue, growing 77 percent on a year-over-year basis. Yet the company has registered a loss from operations on a generally accepted accounting principles (GAAP) basis of approximately $1.18 million after $1.33 million in noncash charges related to share-based compensation, depreciation and amortization. SilverSun suffered a net loss of $1.24 million for 2012. The company said its bank line totaled over $570,000 and it had no long-term debt on the balance sheet.

Rosetta: Hamilton-based digital agency Rosetta, which was purchased by Publicis Groupe in 2011, said it had added four new partners on the West Coast to support its technology and telecom vertical, the agency’s fastest-growing practice. Rosetta is putting considerable resources into beefing up its West Coast presence, including a newly built office in San Luis Obispo, Calif.

Datapipe: Datapipe (Jersey City), the global provider of managed services and infrastructure for outsourced IT and cloud computing, has announced the promotion of Daniel Newton to chief operating officer. Prior to joining Datapipe, Newton led Dell’s Physician Services Technology business unit after moving from the U.K. to the U.S.