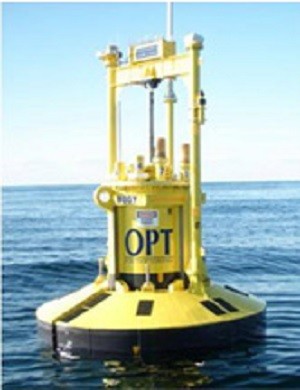 OPT has rolled out a power bouy for the U.S. government to validate the technology for surveillance. | OPT

DuPont Fabros: According to an article by Rich Miller in Data Center Knowledge, DuPont Fabros Technology (Washington, D.C.) has signed a major new customer for its Piscataway center, “where the pace of leasing had been a concern to Wall Street analysts following the company.” The article said that an unnamed Fortune 25 company has leased 2.28 megawatts of space at the Piscataway NJ1 facility.

“The new tenant also has an option on the remaining space in phase 1 of NJ1, which totals about 4.5 megawatts of critical load. That requirement can be shifted into a second phase of NJ1 if another tenant comes along and wants to lease space in Phase I — an arrangement that provides expansion capacity for the Fortune 25 tenant, while allowing DuPont Fabros Technology to continue leasing efforts in New Jersey,” the article said.

Miller added that DuPont Fabros had not included revenue from any new leases at NJ1 in its previous revenue projections for 2013.

StrikeForce Technologies: StrikeForce Technologies, an Edison-based company that specializes in cybersecurity for the prevention of data breaches, said it had received an official Notice of Allowance from the United States Patent Office stating that its patent application for “Methods and Apparatus for Securing Keystrokes from Being Intercepted Between the Keyboard and a Browser” had been allowed for issuance and a patent. The company said it had received a lot of good patent-related news lately.

Panasonic Innovation Center: The Panasonic (Newark) said it would engage visitors at the 2013 US Open Tennis Championships with demonstrations of its consumer and business technologies. The US Open began on August 26, 2013, and will run through September 9, 2013, at the USTA Billie Jean King National Tennis Center (Flushing Meadows, N.Y.).

The company also has introduced its Innovation Center at its new headquarters in Newark. The Innovation Center will showcase the firm’s latest technologies, vision and heritage, offering visitors a number of zones to experience Panasonic’s technology solutions. Those solutions are engineered for the home, industrial applications, avionics environments, the connected car and eco-solutions, the company said.

The Newark Innovation Center is the first Panasonic showcase of its kind outside Japan, Panasonic said, and it brings all the company’s diverse technologies and capabilities in North America together in one location to improve accessibility for business customers.  There are other, more limited, Innovation Centers elsewhere in the U.S.

Selling Simplified: Selling Simplified, formerly located in Iselin, has moved to the Denver metro area, according to the online blog TechFlash, on the Denver Business Journal website. The company helps tech firms with sales and international expansion and had outgrown its New Jersey office, the blog said. According to the article, Superstorm Sandy knocked out the company’s power for 10 days, and that was the last straw.

Ocean Power Technologies: Ocean Power Technologies (Pennington) has announced the deployment from New Jersey of its autonomous wave energy device, marking an important milestone in the rollout of the company’s Autonomous PowerBuoy (APB) product line, it said. This latest deployment, 35 miles off the coast and at 43 meters of water depth, was made in connection with a previously announced Cooperative Research and Development Agreement with the U.S. Department of Homeland Security Science and Technology Directorate. Through this program Ocean Power will perform in-ocean tests on its proprietary APB to further validate the technology’s capacity for expanded ocean surveillance. [update: on Sept. 5, Ocean Power said it had been awarded a U.S. Department of Energy (“DOE”) Small Business Innovation Research (“SBIR”) Phase I grant of approximately $150,000 to study advanced control methods for maximizing the wave energy harvesting capability of its PowerBuoy products.]

SHI: SHI (Somerset) continues to expand its mobility services, adding Microsoft Surface to its offerings and touting the immediate availability of the Amazon Kindle family to its U.S. business, public sector and academic customers. SHI customers can purchase many different types of Kindle tablets, and use them to get access to secure corporate websites or join meetings using Skype or WebEx.

In mid-August the privately held company said it recorded revenue of $2.3 billion in the first half of 2013, representing an 11.75 percent year over year increase. The Enterprise and Public Sector market segments rose 4 percent, but international business climbed 21 percent and the corporate division “surged 39 percent year over year.”

Previous: NJ Registry Will Track Sudden Heart Problems Among Youth
Next: Bill to Protect Texters Who Send Messages is Promised