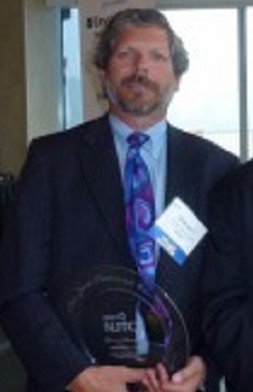 Revenue for this quarter didn’t include licensing income from Samsung, which comes in during the second and fourth quarters.

OLED materials are used in everything from TVs and monitors to lighting and are on the cusp of mass user adoption.

The company attributed its outstanding results to the commercial adoption of red emitter, green emitter and green host materials. “The use of these industry leading materials in a number of new products resulted in record material sales in the quarter,” Sidney Rosenblatt, executive vice president, said.

Universal was very upbeat about its future. “We believe the OLED industry is poised for robust growth as product roadmaps are further developed,” Rosenblatt said. The company has seen the debut of many components and displays that use new substrates, he said, as well as new 4K OLED TV prototypes.

“We believe this is indicative of the commitment towards investing in and expanding the product roadmap to transition OLED technology into the mainstream,” CEO Steven Abramson said in Universal’s analyst call.

Checkpoint Systems: Troubled Thorofare, N.J.-based Checkpoint Systems saw a 3.3 percent increase in net revenue to $175.5 million, but the outlook for the company is still not good. Third quarter gross profit margins and earnings per share were below expectations.

President and CEO George Babich said ongoing market gains had contributed to higher revenues than expected in the third quarter but did not translate to higher gross profit than expected.

The company anticipates that the fourth quarter will also be difficult because of federal government-related project delays and other economic factors, Babich added. For example, U.S. retailers have lowered same-store sales expectations, and the European economy has not picked up, as had been expected.

Financing remains an issue at Checkpoint, although the company made investments in working capital during the quarter to support future business resulting from market-share gains in its loss prevention and RFID businesses.

Ceragon Networks: Israel-based Ceragon Networks, which provides wireless hauling connectivity among cell towers using microwaves, has reported third quarter earnings. Results for the company, which has its U.S. headquarters in Paramus, were disappointing.

Ceragon said it would take steps to realign its operations, reduce headcount and undertake other cost-reduction measures to lower its break-even point and improve profitability. The restructuring is expected to result in annual savings of approximately $25 million.

According to a report by Hugh Morely at NorthJersey.com, the company will reduce its overall workforce by about 200. It is unclear how many in the N.J. area will be affected. Ceragon employs 25 people in Paramus.

The company recently unveiled a new product, the IP-20, a service-centric, SDN-ready wireless platform that can be used for backhaul and fronthaul. Built around a software-defined engine, the IP-20 platform supports any radio transmission technology mix, network topology or configuration, Ceragon said in a press release.

Previous: Pennsauken-based RCM Technologies in Heated Board of Directors Proxy Fight
Next: Clean Energy Fund Could Be Going Under the Knife–Again