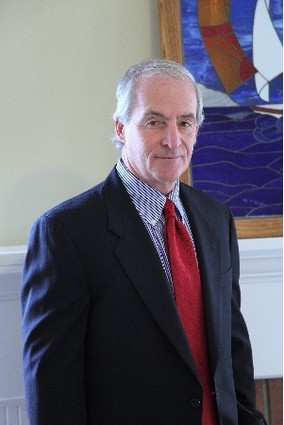 Natcore Technology: Natcore (Red Bank) is further expanding in New York, at the Eastman Business Park. The expansion is being driven by a $914,000 company investment, supported by $500,000 in more than 10 years in Excelsior Jobs Program tax credits. The entire project is expected to result in $40 million in wages during the 10 years of the agreement, according to a statement by New York Gov. Andrew Cuomo.

In a brief conversation, Chuck Provini, CEO, said company headquarters is remaining in New Jersey. However, Natcore is doing extensive R&D in New York and has joint ventures in Italy and China. Said Provini, “We will have a little bit of administration in New York, but the only administration … will be to coordinate the operations of the lab. We are not changing anything with Red Bank. But we are adding a few more people because we hired more Ph.D.s, we extended the lease there and we need administrative people” so the scientists can concentrate on doing science, not admin work.

“As a business model we look for good joint venture partners. Kim Guadagno, the N.J. lieutenant governor, has been very helpful to us and has been introducing us to folks, but we don’t want to be in manufacturing ourselves. We want to take our technology that truly will change the solar industry and align ourselves with a manufacturer and make their solar cells better than anybody.”

Comrise: Comrise (Hazlet), a global consulting and staffing firm specializing in managed IT, big data and workforce solutions, said it had formed a partnership with the Beijing Institute of Technology (BIT), a Chinese university. The partnership is expected to facilitate the establishment of Comrise’s big data solutions within the greater China and Asia Pacific market while providing hands-on experience and research and development opportunities in big data to BIT students and faculty. Comrise is a well-established company, formed in the 1980s to serve N.J.’s telecom industry. The firm has expanded beyond this and now provides both staffing and big data offerings. It has seven offices in China.

ATC Labs: ATC Labs, which has offices in the NJIT Enterprise Development Center (EDC) (Newark), said its product had been used in an important news broadcast in India by All India Radio, the largest public broadcaster in that country. The event covered was the Akashvani Annual Excellence Awards function, held on April 17, 2013. The broadcaster used the ATC Labs ALCO Professional Reporter product. A live feed of the program was given from the on-air broadcast spot at the National Agricultural Science Centre Complex and received at New Broadcasting House. Both facilities are in New Delhi.

SilverSun: SilverSun Technologies (Livingston), the parent company of SWK Technologies, which specializes in business software for manufacturers and distributors and is a Sage software distributor, has reported Q1 2013 profits. The company said it has marked its sixth consecutive quarter of double-digit percentage revenue growth. Total revenues increased 39 percent to a record $4.04 million in Q1 2013, compared with $2.9 million in Q1 2012. Software sales doubled during the same time frame. Service revenues rose 31 percent, to $3.33 million.

BIO-key: BIO-key International, the Wall-based maker of fingerprint biometric identification technologies, cloud-based mobile credentialing and identity verification solutions, did not have a good quarter in the three months ending March 31, 2013. Total revenue was $805,000 compared with Q1 2012 revenue of $1.4 million. CEO Mike DePasquale said he was pleased with the customer diversity demonstrated during the quarter, but “the volatile sales environment remained difficult.” The company did list a few milestones it had achieved during the quarter, including its R&D agreement with InterDigital (covered here), a purchase order from NCR to roll out technology to NCR’s retail point-of-sale customers including Burger King and Dunkin Donuts, and word that Allscripts had certified Bio-key technology for use with the Allscripts Professional electronic health record (EHR) solution. The company had also added Jay Meier, an expert in financially secure credentialing and identification, to the team.

Truphone: Truphone, which has NJIT EDC ties, having opened an R&D office there, said it has a new phone offering for international businesses. The plan allows employees in several countries to share and manage their minutes, messages and megabytes. Right now, the shared plans can be used between and among Australia, the Netherlands, Hong Kong, the U.K. and the U.S. Truphone says it will add Germany, Poland and Spain by the end of 2013. In a release, the company noted that international calling is free between Truphone subscribers in the countries it serves, eliminating the high cost of international roaming.