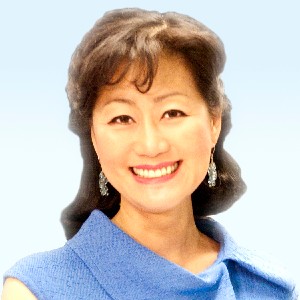 In a press release, the company said that it had capped 2015 with $6.8 billion in revenue, an increase of 14 percent over 2014. SHI International is an IT and cloud solutions provider.

According to a statement, “SHI continued its longtime strategy of reinvesting in its business and expanded its team to 3,200 in 2015, with more than 900 employees in Texas, and more than 1,500 in New Jersey. Of the 400 new hires, 200 were in sales, and 180 were in pre-sales or professional services roles, a balance that ensures SHI won’t outgrow its ability to provide technical expertise and world-class customer service.”

In an SHI blog post, Ed McNamara, director of marketing and communications, attributed the company’s success to “strengthened ties with our legacy and new partners, including Dell, HP Inc. and HP Enterprise (after splitting in 2015), VMware, Symantec, Lenovo, Adobe, and Apple. In 2015, Cisco became the fastest-growing partner among our top 10. We also saw 12 percent growth in Microsoft sales last year, and remain the company’s largest North American and global channel partner.”

Synchronoss: Synchronoss (Bridgewater) announced its 2015 earnings report in early February, and immediately felt some volatility in the market, even though the company “beat the street” by $.04 for Q4 and beat revenue projections for the year.

According to a statement by Stephen G. Waldis, founder, chairman and CEO, “The fourth quarter marked a strong end to an exciting year at Synchronoss. Our Cloud Services business continues to perform well, driven by increasing subscriber adoption across our expanding customer base.

“We are also seeing strong, early interest in our Enterprise Business Unit, including the addition of identity management service offering to the Synchronoss Secure Mobility Suite. Overall, 2015 was a pivotal year for Synchronoss as we executed well against our go-to-market strategy while also expanding our market footprint by introducing several new initiatives. As a result, we believe there is a long runway of opportunity ahead that will lead us through the next phase of growth.”

The company recently announced that it had beefed up its board of advisors with a group of executives who could provide a broader understanding of the enterprise digital marketplace and insights into industry-specific requirements, solutions and adoption strategies.

The company also said that t had appointed Daniel H. Ives as senior vice president of finance and corporate development. In this role, Ives will lead global investor relations for Synchronoss, and will be responsible for financial planning and analysis initiatives, as well as corporate forecasting, budgeting, internal compliance, security and facilities. He comes to Synchronoss after 16 years with investment bank FBR Capital Markets, where he was managing director and senior analyst for the technology, media and telecoms equity research group, with a focus on enterprise software.

Said Nynens in a transcript of the call provided by Seeking Alpha, “Whereas our much larger peers reported either anemic growth or declining sales, our revenue again increased 6 percent to $100 million in Q4. 2015 was another strong year for Wayside as sales increased 12 percent to a record $382 million and gross profit came in under record $26.6 million, a great achievement. In 2015, we invested heavily in additional sales staff for our Lifeboat Division. We continued to execute our strategy of increased market penetration and adding new product lines to our portfolio.

“We bought back a total of approximately 274,000 shares in 2015, and we still have approximately 458,000 shares of Common Stock available for future repurchases. We will continue to buy back shares according to our 10-b5 Stock Repurchase Plan.”

Previous: 2016 to be the Year of the NJ Tech Startup Ecosystem, Phone.com’s Rabban Predicts
Next: Paterson mayor pitches microgrid at Great Falls to Christie administration