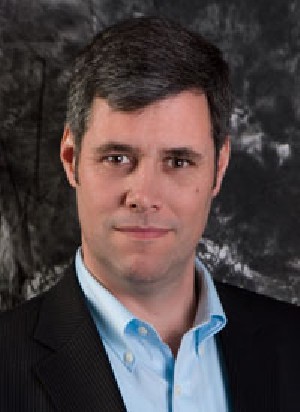 WebiMax: Mount Laurel-based WebiMax, a digital marketing agency, said it is moving to the Ferry Terminal Building on the Camden waterfront in fall 2014. WebiMax is one of the fastest growing companies in New Jersey, according to Inc. magazine. In a release, the company said most of its 100-plus employees live in the South Jersey/Philadelphia area, and all will be relocating to the Camden office. The firm said it plans to hire more personnel over the next few years. WebiMax has received a Grow NJ incentive, worth up to $12.7 million over 10 years, from the New Jersey Economic Development Authority (EDA) as an incentive to relocate to Camden. CTO Sean O’Donnell said the company will be making “heavy investments” in technology to outfit the new office and improve internal and external communications.

Marathon Data Systems: Marathon Data Systems reports it added more than 30 new employees in the past 12 months and doubled its headquarters’ size after moving to Neptune. The company says its growth has been fueled by a reinvented business model that involves launching cloud-based software solutions. While it previously focused on the pest control market, Marathon is now offering software in the cloud for all field services. The company was recently approved for an EDA Grow NJ award of up to $3.2 million, including a bonus for relocation to Neptune to support the creation of 35 new jobs.

Checkpoint Systems: Checkpoint Systems (Thorofare) recently launched an intelligent electronic article surveillance (EAS) system it had developed with global retailers. According to the company, the system has six different EAS antennae, a broad range of labels designed for visible and source-tagging application to merchandise and Counterpoint ID, a way to deactivate the units more quickly and consistently at the point of sale (POS). Checkpoint has incorporated jammer-detection technology into the antennae to identify EAS jammers brought into stores and activate an alarm. The company says the shoplifting-prevention systems are working out well in test stores, improving in-store efficiency at the POS.

Alliant Technologies: Alliant Technologies said it had relocated its worldwide headquarters and network operations center — to 360 Mt. Kemble Ave, Morristown, from another Morristown location — to accommodate recent growth. Alliant has outfitted the new headquarters with updated infrastructure and a highly collaborative work environment, it said in a statement. The company has also built a technologies lab designed for ongoing development of its Continuous Infrastructure Service (CIS) model. Alliant deploys and manages global IT infrastructure through CIS, an IT infrastructure as a service (IaaS) utility for WAN, LAN, UCC and data center systems.

Hudson Fiber Network: Paramus-based Hudson Fiber Network (HFN), which provides ultralow latency fiber network solutions for traders, said it had launched the fastest network data route between its NJ2 data center in Weehawken and its NY4 data center in nearby Secaucus. The new route is delivered via wireless radio-frequency (RF) technology through HFN’s exclusive partnership with ULL Networks and is reported to be 50 percent faster than prior networks. According to HFN, testing on the ultralow latency RF wireless path has confirmed a latency metric of 32 microseconds RTD at the gig level and 34.5 microseconds RTD at the subgig level.

Previous: V3 | How to Grow Your Value, Voice and Volume in the Digital Age: Packaging Your Personal Brand
Next: NBCUniversal Unveils NJ Version of Silicon Valley Tech Firm in Englewood Cliffs