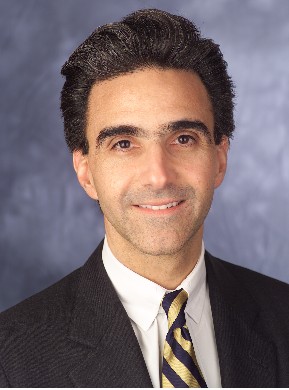 That lengthy battle resulted in a $20 million jury verdict in favor of Continuant on March 27 of this year. The $20 million jury award was automatically trebled to $60 million, as required by the statute.

In what appears to be a landmark ruling, Judge Irenas also awarded prejudgment interest, something allowed by law but discretionary. Anthony La Rocco, a partner in the Newark office of  K&L Gates, who led Continuant’s legal team, said that the court’s prejudgment interest award may be the first time in history that prejudgment interest has been awarded in an antitrust lawsuit brought under the federal statute.

“Prejudgment interest may only be awarded under federal statute if the court concludes that the defendant abused the litigation process for the purpose of delaying the resolution of the case or increasing the plaintiff’s costs, which is tantamount to bad faith,” La Rocco said. In this instance, a suit that could have easily been concluded in three years took eight years to come to fruition, mainly because of the litigation tactics of the Avaya team, the judge concluded.

In its ruling, the court stated that “Avaya’s claim cast a shadow over [Continuant’s] business, and extending the litigation, in my view, could only work to Avaya’s benefit.”

In the transcript of the proceedings the judge added: “To me, the facts taken as a whole show quite clearly that these claims were used — or that the litigation process and the various claims were used to prolong discovery and extend the case. The degree to which Avaya prolonged this litigation far surpassed the kinds of delay found in the minimal case law.”

The  judge also concluded that Avaya had used its delaying tactics to gain a business advantage, which “arrises to bad faith,” according to the transcript.

In a Dec. 2013 article, NJTechWeekly.com covered the case as it was moving to a jury trial in Camden. Continuant (formerly known as Telecom Labs, Inc.) is an independent provider of maintenance and support services for voice and data communications systems. It is headed by CEO Doug Graham and based in Tacoma, Washington. Avaya, which until recently was located in Basking Ridge, left New Jersey for Santa Clara, California, in 2012.

The main crux of the original case, according to an analysis by the Digital Right to Repair Coalition, put the burden on Avaya to convince the jury that it had the right to limit how users control their purchased items, including how they gain access for repair, or even whether they can prevent Avaya from accessing their machines without their permission, based on the presence of intellectual property. But  after  hearing evidence and deliberating for six months, the jury found in March that Avaya  had violated federal antitrust laws, and for that reason awarded Continuant the $20 million in compensatory damages.

In his verdict in April, Irenas said, “Avaya appears determined to put TLI/C [the company changed its name to “Continuant” during the course of the trial] out of the market for post-warranty maintenance of Avaya PBXs, even though TLI/C occupies only a tiny sliver of that market. Yet, Avaya has not met its burden of proving that anything TLI/C did was illegal, nor has it proven that TLI/C aided its customers in breaking their contracts with Avaya.”