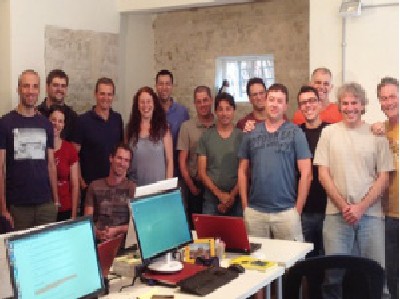 Newvem in Israel has been acquired by Datapipe. | Datapipe

Datapipe– a Jersey City company offering a single-provider solution for managing and securing mission-critical IT services including cloud computing, infrastructure as a service, platform as a service, colocation and data centers– announced Sept. 10, 2013, that it had acquired Israeli cloud optimization specialist Newvem (Tel Aviv).

Newvem specializes in cloud usage optimization and analytics and is “a pioneer in helping companies understand how they are using cloud services,” Ed Laczynski, Datapipe senior vice president of cloud strategy and architecture, told NJTechWeekly.com in an interview. The terms of the deal were not made public.

Headquartered in Jersey City with a N.J. data center campus is in Somerset, the company employs some 400 people, 210 of them in New Jersey. The Newvem acquisition adds a 20-person team to the employee count. “We are a New Jersey company and we are looking to grow in New Jersey as well,” Laczynski stated.

Laczynski said Datapipe had become acquainted with Newvem about a year ago, when it partnered with the company for several projects to provide customers insight into their use of Amazon Web Services (AWS).

Laczynski explained that Newvem analytical software can provide companies actionable information about whether they are vulnerable to hackers, how they are faring with bandwidth use and computing resource efficiency and whether they are spending too much on a particular service, among other options.

Integrating the Newvem product into Datapipe offerings would allow the company to use analytical findings to implement corrections for its customers, he added.

The announcement brought speculation that the acquisition would help Datapipe — which, according to some sources, has $150 million in annual revenue — to expand in the international market. It does indeed affect the company’s international footprint, thanks to the Newvem offices in Tel Aviv.

Datapipe already has a presence in the U.K., Hong Kong, Iceland, Shanghai and Singapore. The company is partnering with many international firms and has a strategic partnership, announced in May 2013, with Irish company Project Objects. However, the Newvem acquisition seems geared primarily toward expanding business opportunities with current customers who use AWS.

Datapipe received significant equity investments from Goldman Sachs in 2008 and ABRY Partners in 2011. Some reports say ABRY upped its investment in Datapipe in 2013. Both firms remain actively involved with the company in an advisory role through the board of directors, according to the Datapipe website.