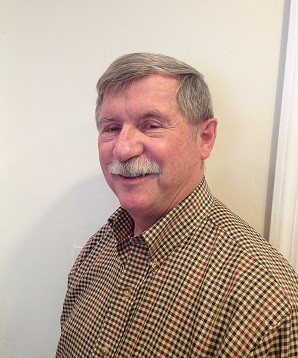 Tech networking and educational meetings take place all over N.J. Some, like tech meetups, usually introduce tech entrepreneurs to their peers and incorporate thought leader speakers, but others, like those of the Association of Information Technology Professionals (AITP ) – Garden State Chapter, are comfortable places where experienced IT practitioners go to rub elbows with one another and learn something new.

NJTechWeekly.com stopped by the February 12, 2013, meeting of the AITP Garden State chapter in Roseland, where we met a variety of IT types — some looking for work, some looking to learn and others there to interact with old friends.

Their specialties ranged from network monitoring to senior IT management. The networking was friendly and purposeful. All the experienced hands seemed eager to meet the new people and figure out what they could do to help them. That sometimes included wangling an introduction for a possible job.

Meeting organizers Doug Hobby, chapter president, and Brian Mecca, program committee chair, opened the educational portion of the meeting. They introduced the group to Tim Kelly of IBM PureSystems and to Wes Kuch, a business development executive with IBM Cloud Computing, who spoke about the IBM cloud.

Kelly told the group that IBM PureSystems is in a new category of computing called expert integrated systems. The new system — which consists of actively managed modules grouped together in an intelligent chassis — allows companies to deploy new business solutions in days rather than months or even years and provides them the ability to upgrade all their hardware and firmware without “taking an outage.”

These systems allow IT workers to stop doing mundane tasks like researching patches and interoperability and instead work on deploying new business-critical applications, he indicated.

Kelly started the conversation by explaining the problem: “These days, about 70 percent of IT budgets are spent on just operations and maintenance.” He noted that in 1999, 65 percent of IT budgets were spent on hardware, but you don’t have that any more. That money is going to power and cooling and the salaries of the people maintaining these systems. Many IT departments aren’t attacking the application backlog in a timely manner, he said. They are just trying keep the IT that has already been installed running. “About two-thirds of the companies in the world miss their deadlines for projects, including the simple ones,” he added.

Some 50 percent of upgrades that happen eventually result in an outage, Kelly told the group. “Those outages aren’t always hardware outages; some of them are bad design or patches.” IT professionals, he said, are spending most or all of their time on just keeping things running.

IBM PureSystems was designed to address those problems and improve staff productivity. Better productivity would allow companies to take some of their IT budget and implement applications in the IT backlog, Kelly said.

The basis for the system is a PureFlex chassis, which holds fully functional servers, integrated storage and an integrated management appliance. The appliance intelligently juggles the management of the various servers in the chassis. The IBM network is involved in reducing latency in the network.

Kelly discussed the V7000 storage controller, which allows different vendors to control and manage data on various storage devices by moving data around so it is available to each application on the most advanced tier of storage, improving application throughput.

PureSystems also allows for the rapid deployment of server configurations, Kelly added. “You can also control whatever is in your PureFlex environment from your mobile device,” he said.

The system’s ability to optimize computing using IBM’s Active Energy Manager technology can reduce the need for heating and cooling in the data center, saving companies money, Kelly said. This all works because the Flex Systems Manager controls the speed of the installed processors.

The PureApplications server was developed by rethinking and codifying how applications should be deployed.

IBM works with major software houses to develop standard patterns for many applications. A client questionnaire customizes the patterns of each installation, which makes for faster, easier deployment.

After Kelly’s talk, Kuch discussed cloud computing the IBM way. “Cloud services give a company elasticity. Companies used to buy infrastructure according to their peak needs, and most of the time the infrastructure just stays there, doing nothing,” he said. Now users can purchase infrastructure for the normal state and buy additional infrastructure in the cloud on demand, he indicated.

IBM plays in the private/multitenant cloud business for enterprises. In the public cloud you don’t know who you are sharing your computing with. It isn’t recommended that companies put business-critical systems in the public cloud, said Kuch. You need to look at each of your workloads independently and determine where it should go.

IBM offers a “country club” model, said Kuch. “We are not open to everyone, but we will provide a multitenant environment for just IBM customers. You will only share with IBM customers.” Most CIOs will choose to manage some of the service themselves, allowing their workers to provision computing and storage to the cloud as projects require, but IBM will provide management of a private cloud environment for any company. It also has data center capabilities for companies that want actual off-premises data storage.

The cloud presentation created a lot of discussion about what clouds can be used for and the various levels of cloud computing. Kuch described how the cloud can be used for standardized, repeatable processes to optimize computing. “This is the holy grail of cloud computing, because you can’t put every workload in the cloud. What if you have HIPPA [Health Insurance Portability and Accountability Act] regulations to adhere to?” he asked.

Processes like development tests are better in the cloud, Kuch noted. Analytics works well in the cloud, as does SugarCRM. Some applications haven’t even been virtualized yet, however. “If I can’t virtualize it, I can’t put it in the cloud,” he concluded.

Previous: Employees of Holmdel-based Vonage Win $100,000 To Be Used for Sandy Relief
Next: Developers of Solar Grid-Supply Systems Band Together