Home » News » From Isaiah Little of Code for Newark: A Civic Coding Initiative Gets Stronger in 2016 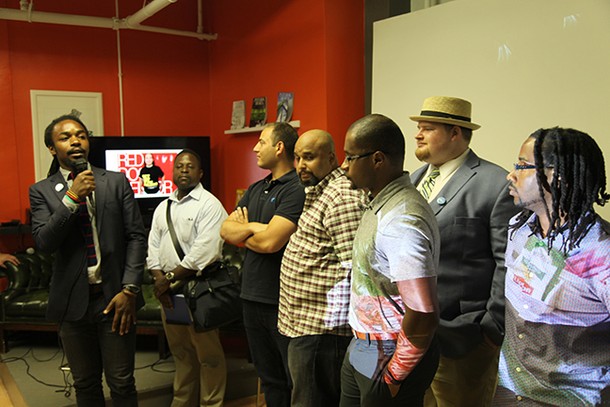 [Isaiah Little is organizer of Code for Newark, a local brigade for Code for America. The group is made up of a diverse pool of 550 newbies, pros, developers, coders, data geeks and designers who are interested in making themselves and their world a better place. This contribution was written as part of our Story of the Year 2016: Newark’s Tech Renaissance.]

Code for Newark (CFN) was busy in 2016. As part of its regular programming it held 24 hack nights at Audible, where coders, newbs and enthusiasts worked on projects. During the “Intramural Coding Clubs”, CFN helped citizens learn coding with three-month self-guided programming courses in JavaScript, Python and Swift 3, all held at the Weequahic Park Association headquarters. About 30 people participated in these courses with a 75 percent completion rate. In addition, CFN supported the City of Newark’s City of Code initiative, which provides volunteers and teaching assistants with after school coding clubs. The program runs January through March and May through July, respectively.

For the second year, CFN co-organized Tech Town Hall II that took place at =SPACE, a co-working venue in Newark located at 2 Gateway Center. Earlier in the year, CFN ran a hackathon at Newark City Hall, HackNewark. The first place project prototyped an application for Newark Thrives!, a Newark nonprofit. The result was a youth program locator that was further developed and is currently being used on the Newark Thrives! website.

CNF also facilitated a #CultureShape Twitter chat with Newark Mayor Ras J. Baraka, Newark Public Schools, Global Shapers Community Newark and special guests. During the conversation, Baraka and Newark school children discussed questions, such as: “Do you agree with the following statement? Technology has helped to improve education and learning for young people?” The Global Shapers Community is an initiative of the World Economic Forum and a network of city-based hubs led by young leaders between 20 and 30 years old who want to develop their leadership potential toward serving society. Hubs undertake local projects to improve their communities.

Furthermore, for the fourth year, CFN led the Newark Hour of Code Experience, where developers visit schools to show students basic coding with the hope that they will become interested in STEM/STEAM fields. CFN also held a series of public hacking experiences called “Working at Walla” at Newark’s Burger Walla, five Mondays lasting through May. CFN also participated in three career days in Newark schools.

Through it all CFN had fun and made connections. Six of its members got jobs through its activities and three received letters of recognition. Code for Newark now has more than 800 Twitter followers. The future looks bright for civic coding initiatives in Newark and CFN will continue its work through 2017.