Home » News » From Newark Venture Partners: Venture Capital Used for Good and Focused on Job Creation in an Urban Core. 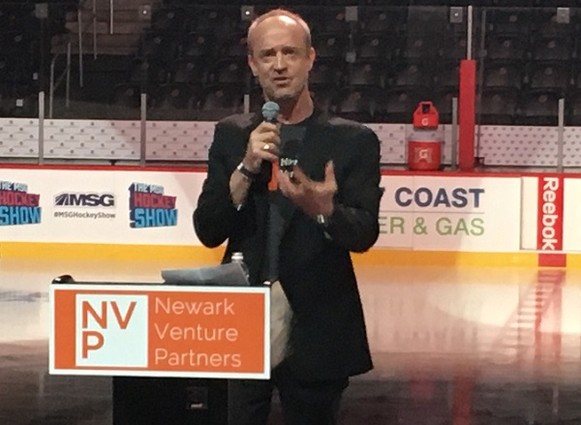 [Tom Wisniewski is a managing partner at Newark Venture Partners.This contribution was written as part of our Story of the Year 2016: Newark’s Tech Renaissance.]

I fundamentally believe that Newark Venture Partners (NVP) offers an innovative new model for impact investing. It uses for-profit venture capital to bring tech companies, job growth and economic change to an inner city, specifically, Newark. The logic is very simple: Technology is the only real engine of job growth in the U.S.  If challenged urban environments like Newark are to recover, they must attract high-growth tech companies and nurture the ecosystem of creative young people and innovation that surrounds them.

We launched NVP in July 2015, and progress during 2016 has — in a word — been spectacular. We have raised nearly $30 million for our fund, built out an amazing coworking space (25,000 square feet in the Audible building), made 13 tech start-up investments and have 80-plus entrepreneurs from across the country based at our offices in Newark.

Our investors include Audible/Amazon, Prudential, Dun & Bradstreet, The Fidelco Realty Group, Horizon BCBS and David Blitzer (Blackstone, New Jersey Devils).  Don Katz has opened up his entire Audible employee base as a resource for our startups: We have 200-plus Audible mentors in the Newark building alone. We are also building similar programs with Prudential and D&B, as both a way for corporations and their employees to create real connections with the startup ecosystem and an amazingly valuable resource for our startups.

Nine of our 13 companies were part of the inaugural class of NVP Labs, our new accelerator. The class began in September and culminated in a “Demo Day” event on Dec. 7, where they gave their presentations. The ownership group of the Devils opened up the Prudential Center for the event, and we presented from a platform right on the ice in the Devils’ rink. A group of 300-400 investors, CEOs, founders and influencers from the New York/New Jersey area were on hand — in Newark.  When you add this to all the other amazing developments in Newark (e.g., the Whole Foods grand opening, One Theater Square groundbreaking), it amounts to a substantive, demonstrable momentum.

While I am obviously an interested party here, I really do believe that NVP is part of a much larger story, with Newark and New Jersey at the forefront. Venture capital is being used as a force for good, with its focus on job creation in a struggling urban core. And this is only possible when the resources of a true public–private partnership are aligned and brought to bear.  The NVP model is succeeding (here and elsewhere) by focusing the resources of corporations (Amazon et al.), universities (Nancy Cantor and Rutgers have been key here), notable investors (e.g., David Blitzer), philanthropists (e.g., Ray Chambers) and — perhaps all the more topical in the aftermath of the election — politicians from BOTH sides of the aisle, from Ras J. Baraka, Cory Booker, John Kerry and Bill Bradley to Kim Guadagno and Tom Kean: a grand collaboration succeeding in a time of great division and partisanship.

We are looking forward to a great 2017 for Newark and NVP.

Previous: From the Startup Perspective: Bringing a New Venture to Newark a Rewarding Experience Says Dan Crain
Next: An Academic Perspective: Cross-Sector Collaboration at the Heart of Newark’s Tech Renaissance