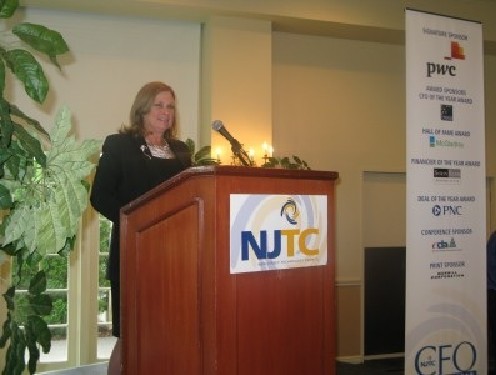 On July 7, 2014, private equity firm Thoma Bravo (Chicago) announced it would be acquiring Hamilton-based Sparta Systems. The terms of the deal, which is expected to close in September, were not announced.

An article in Law 360 noted that Thoma Bravo “typically invests $50 million to $300 million in companies with at least $20 million in annual earnings before interest, taxes, depreciation and amortization.”

Sparta Systems employs 160 people (about 250 globally) and will definitely stay in New Jersey. In fact, the company has plans to expand in Hamilton.

“We are fully committed to remaining in New Jersey and have in fact begun the process to expand our current facility.” Steven Ford, Chief Financial Officer of Sparta Systems told NJTechWeekly.com.  This expansion is expected to be completed by early fall, 2014, and will increase our state of the art Hamilton headquarters by 25% to almost 40,000 square feet.  The increased space will help us to continue attracting and accommodating top notch employees.

“The investment from Thoma Bravo, a pre-eminent private equity firm, will also fuel our accelerated growth plans organically by providing the resources need to target new industries, as well as inorganically through potential acquisitions to add to our product portfolio,” he added.

The company is a New Jersey Economic Development Authority (EDA) success story. In 2012 the EDA supported Sparta Systems with a Business Employment Incentive Program grant for just over $2.1 million and a Business Retention and Relocation Assistance grant for $184,500. The grants supported the company’s expansion in Hamilton, resulting at the time in the creation of an estimated 60 jobs and the retention of 82 existing jobs.

Already a private equity-owned company, Sparta Systems is being sold by private equity firms Summit Partners (Boston) and Altaris Capital Partners (New York), which invested in the company in 2006, according to an article on the website The Middle Market.

NJTechWeekly.com wrote about Sparta Systems when CEO Eileen Martinson spoke to the New Jersey Technology Council (NJTC) about how to turn around a stagnant company. Apparently her efforts have worked.

Martinson told the NJTC that middle-market companies — those valued at between $25 million and $1 billion — fuel much of the economic growth in the country. At that time she said when she had arrived at Sparta Systems, the company was “a little sleepy,” and she had thought she could do great things with it. “I started out at 8:30 a.m. [on] day one in a webcast to everyone, saying, ‘We are going to double in size during the next couple of years.’

“You have to go out there and set the bar high,” she noted, because if you set the bar at 10 percent growth, you’ll probably struggle to achieve 7 percent.

The press release announcing the acquisition says Sparta Systems now has more than 650,000 users in more than 30 countries. The company maintains an extensive customer base in many highly regulated industries, which includes the top 30 pharmaceutical firms and 12 of the top 15 medical-device and leading consumer-product and discrete manufacturing companies.

Regarding the acquisition, Martinson said, “Thoma Bravo’s investment allows us to continue our superior growth trajectory by strengthening our ability to deliver innovative solutions to customers faster as well as accelerate our vertical market growth.

“I’m confident that this will enable us to not only enhance our current customer offerings but to be opportunistic about acquisitions that will add to our product portfolio,” concluded Martinson.