Cranbury-based Infragistics, a company that builds both user experience (UX) and user interface (UI) tools, and whose mission it is to help its software-developer customers create simple and beautiful applications, celebrated a 31-year relationship with Microsoft recently.

The relationship is significant because it has helped the company’s UX and UI tools get into the hands of Microsoft’s many, many customers.

In a recent interview with Dean Guida, Infragistics founder and CEO, he told us, “One of our key goals is to be number one in the web UI developer tool space. We were number one in the world in the desktop UI developer space. Right now, we are in the top tier, but we want to be clearly the market leader. There are probably four or five ways we can achieve that, considering the way web developers build applications.”

Microsoft has been moving into the web and open-source space aggressively over the last five-plus years, and has most recently created “Blazor,” a new software framework for building web applications, said Guida. Infragistics worked closely with Microsoft to build a library of professionally designed UI components for C# and .NET developers using Blazor. “A significant part of our joint customer base with Microsoft includes C# and .NET developers. Providing tools for Blazor enables them to build web applications without having to learn JavaScript, while allowing us to further expand our relationship with Microsoft’s customers,” he explained.

“With ‘Ignite UI’ for Blazor, we support developers working in Blazor by providing components to create data grids, charts and visualizations which are easy to use, offer enterprise-grade performance, and make it easy to manage data,” Guida said. “There is a big, active global community of .NET developers out there. And with our tools, those developers will be able to use their existing skills in C# and .NET to build web applications.”.”

In September, the company introduced Ignite UI for Angular v 10.1.0, which includes new features and enhancements for its Angular data grid, new theming capabilities and a set of new Material-inspired industry icons to improve productivity for developers creating applications in the Angular framework.

Guida said that Infragistics tools are low-code options that allow professional developers in businesses to build professional applications. “By delivering prebuilt components, it reduces the amount of code you have to write to create a beautiful and simple application experience. Our customers are independent software vendors like Intuit, who built TurboTax and Quicken; financial service companies like Morgan Stanley and Bank of America; and most of the big global banks, which build their own high-speed equity trading systems. And millions of developers worldwide use us to build their applications.”

We asked Guida about how Infragistics has weathered the COVID-19 storm. “As a technology company, we easily transitioned to working from home,” he answered. “We had a lot of people who were already working remotely and had the infrastructure already in place to support it. As a result, our productivity has remained really high, so we didn’t take a hit that way.”

However, the leadership did worry about its corporate culture being affected by the pandemic. The company offers unlimited paid time off, but was having trouble getting people to take vacation time during COVID-19, when they weren’t able to go anywhere.

“We spend a lot of time telling people to take vacations. … In order to be productive in any role, whether you’re a technology company or not, you have to recover, you have to take time, you have to get good sleep, you have to have vacation. You have to do things that re-energize and refresh.” Guida explained that he wanted his people to take care of themselves, do fun things, spend time with family, pursue their hobbies, so that “when you come back to work, you’re refreshed and productive. It’s a win–win for both business and for people’s personal health.”

The company recently sent out care packages to its employees at home that included branded socks to keep them comfy as they work at their desks. The package also included subscriptions to some online games that people could play with their friends.

Guida writes a weekly email to the company’s employees keeping them informed of what’s going on from a business point of view, and once a month holds a video conference with everyone around the globe. Besides talking about business topics, they talk about COVID-19 challenges, and he continuously reminds his employees to take care of themselves.

He added that, while Infragistics is doing fine, the pandemic-related global recession has impacted its sales. “We’re fortunate to have a lot of big enterprise customers, but a lot of the small and medium-sized customers of ours are being very reserved about doing new projects and spending money. So, we’re managing through a recession. Fortunately, or unfortunately, we’re 31 years old and we’ve been through downturns previously, so we have experienced this before, but doing it is never fun.”

The company hasn’t had to lay off any employees, he added, in response to our question. “We’re working super hard not to do that. I mean, talent is of the utmost importance. Talent is at a premium. And, then, sales solves all problems. Now, the one thing I’ve learned in 31 years is that whatever your problem is, sales can solve it. And so, we’re really focused on retaining our talent and using our cash when we need to. Luckily, at the end of 2020, we have a good cash position in our balance sheet, and we’re now able to use cash as an asset to keep our whole team together.”

1973 More posts in News category
Recommended for you 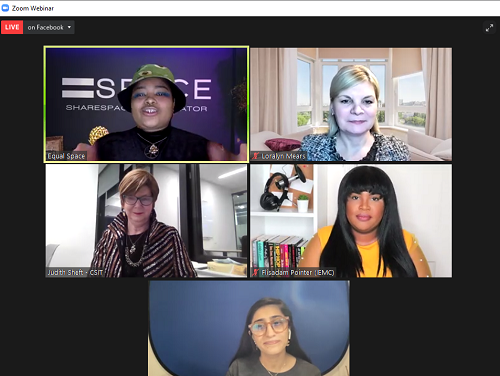