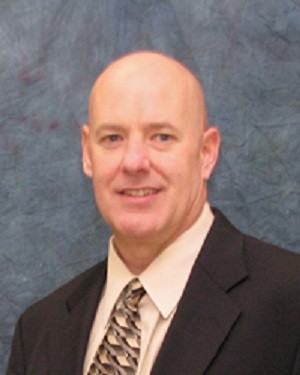 Worldwide Supply, a Franklin-based tech service company, keeps showing up on New Jersey “Best of” lists. In 2016 it was named one of the best places to work in New Jersey by NJBIZ for the fifth time, and again in 2017 for a sixth time.

What defines the company is the employees. “That is our competitive advantage,” said CEO Jay VanOrden. One of the attributes that makes working at Worldwide fulfilling is that, from the top down, the company maintains a culture of innovation and creativity, he added.

The company is also very customer-centric. “If you treat your employees in a first-class manner, it sets the stage for how they should be treating all of our stakeholders, whether customers, suppliers or investors,” VanOrden said.

VanOrden founded Worldwide Supply with a partner in 2004, after having sold a similar business. In 1988 he founded MSI Communications (Stanhope), which was acquired in 2000 by a Somera Communications, a public company in California.

“I didn’t sell the company to cash out or get out of the business. I wanted access to capital to continue to grow and access to their customer base. MSI was slightly undercapitalized. Somera’s customer base included carriers, internet suppliers, cable operators and service providers. They wanted our expertise in data networking and services,” VanOrden explained. By the end of 2002, he didn’t like the direction the company was going in—they were making decisions that weren’t conducive to growth—and so he retired at age 39.

Six months later, “I was miserable. What I came to learn about myself was that it was never about the money. It was about the challenge of building and growing an organization.”

Before he started the new company, VanOrden made a list of every mistake he had made in business and then a list of everything that was good about the company. That became the basis of the business plan for building and growing Worldwide Supply.

In its early days, Worldwide Supply focused on the resale of products and equipment. “However, customer service was a very important aspect of our business, and it was the formula for longevity and success. It was very difficult to get customer and easy to lose them, so you’d better do a great job. That was instilled in our culture from day one. Do whatever it takes to take care of the customer at all costs, and treat them the way you would want to be treated if you were on the other end.”

As the company progressed, the world of technology began to change at a rapid pace. “It became very apparent that to differentiate ourselves we had to focus more on service and less on hardware. The equipment piece would never go away, but the real value was in the value-added services like an alternative maintenance program to the OEM that we could provide our clients.” VanOrden noted that 2005 and 2006 were the transitional years, and over the last five years, service has become a focus of the company.

Today, Worldwide Supply navigates an even faster-changing technology landscape. VanOrden sees a substantial uptick in business in the biotech, healthcare and business-service sectors, which seem to have a substantial amount of merger and acquisition activity.

“Anytime you have companies acquiring other companies, it’s a good natural fit for our company.”

Worldwide provides services for everything from desktop to cloud migration, to network administration moves, to evaluations that can substantially reduce a company’s maintenance costs. He noted that the maintenance cost reduction can be as much as 80 percent, given that some of the larger companies are spending tens of millions of dollars in recurring maintenance fees.

The company has started augmenting client IT staffs for anywhere from a couple of weeks to several months. “Some of clients were coming to us and saying that they needed us to find them the right technical resources. We actually take the lead and help identify the right people, and will participate in the screening process from the technical aptitude side.”

Network assessment has become a big part of Worldwide’s business, as many of its clients face challenges in this area, VanOrden noted. Their network requirements are growing and their [capital expenditure] is anywhere between 12 and 15 percent a year. Their revenues are rising at an average of three percent a year, so they have discrepancies in their costs and returns. “They are struggling to figure out how to provide more network requirements and bandwidth than they ever have in their lifetimes,” VanOrden said of his clients. “There is one organization [Worldwide] that has the skillset to handle all of this.”

During the last 12 years, Worldwide Supply has grown globally, but New Jersey is where it will stay, said VanOrden. He is a Jersey native and has raised a family here. “We’ve been fortunate enough to work closely with the State of New Jersey,” taking advantage of state incentive and other programs to defer some employee compensation.

“Is it a high-cost state to live in? Absolutely! However, I travel all over the world. This is home, and I can’t see leaving.”

While Worldwide’s workforce is distributed all over the country, as well as in Mexico and the Netherlands, its headquarters and distribution centers are in New Jersey, with a combined headcount of about 80 people. The company hires its own  in-house engineers. “We have not found it an obstacle to hiring talent in New Jersey. We are located within an hour of Manhattan. A lot of employees enjoy the fact that they don’t have to deal with the commute. Also, depending on their role at the company, they might not have to be at headquarters on a regular basis,” he said.

So what’s the future for Worldwide Supply? Clearly, the company is continuing to think young. Explains VanOrden, “We’ve recently taken on an equity partner, and are building a telecom marketplace.” It will be like an Amazon, but for businesses that use telecom products and services, he said.

“It won’t be just about products, but also about technical resources that businesses can acquire.” VanOrden believes this is something no one else in the industry is doing today, and that it will “make a difference in our industry.”