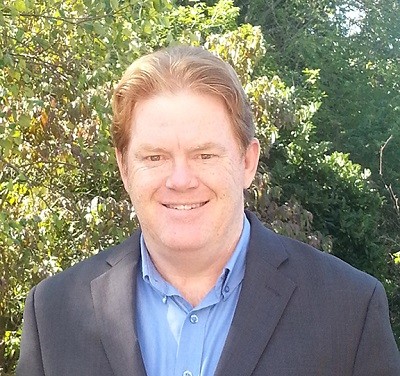 [NJTechWeekly.com has been following Epion Health since early 2012, when the startup won a Startupalooza event hosted at NJIT. Since that time, the company has grown substantially and has become a considerable player in the health IT field under the leadership of founder and CEO Joe Blewitt. Epion Health provides a cloud-based Software-as-a-Service digital patient check-in product for doctors and other healthcare providers to use in their offices.]

ES: Your startup has come a long way since it began in 2011. Can you fill us in on the changes you’ve made?

JB: We first started the company with a business model around patient education and patient engagement. We offered content on tablets to educate patients who were at the doctor’s office. We’ve pivoted from that to digital check-in. I met some folks from athenahealth in 2012 and they invited us to partner with them to develop a digital check-in product. We’ve been working with them since then to bring our product to market. We still have patient engagement built into the product, and will continue to evolve that module, but we’ve spent much of the last three years on digital check-in. It’s a best-in-class product. It’s really working well and getting very high marks in the field. We are scaling this product rapidly as we bring on new features.

ES: Tell me about your team.

JB: We have a great team. My chief operating officer is Scott Freedman. He was a cofounder of a company called AgileMD, which is still in operation with a best-in-class clinical decision support tool. He oversees operations and is the number-two person on the team. Mike Wenger is head of software development. Mike previously worked at the Michael J. Fox Foundation. He is an experienced developer and an outstanding leader. Josh Gudjohnsen is our product manager and has done an amazing job leading the effort to deliver a product that meets the challenging demands of our healthcare-provider customers. Jim Wallis, an accomplished industry veteran, most recently at Siemens Healthcare, leads our implementations team. We also have an outstanding sales team.

ES: What are some of the challenges that you’ve had to overcome to get to this point in your company’s development?

We had built our patient engagement product, and it was a really great solution. We had content licensing agreements with the Mayo Clinic and with a company called “HealthiNation” when we brought that product into the market. We had the product up and running, and it drew a lot of interest, but it was a difficult business model to fund. I call it a “Field of Dreams” model in that we needed to raise a substantial amount of pre-revenue capital to build a network large enough to attract revenue from pharma and other interested parties. Even if you have a validated market, it’s very difficult to raise funds against this model.

When we had the opportunity to build the digital check-in product, we knew it was a tool that was really needed in the healthcare-provider environment. We are helping them with efficiency and helping them generate additional revenue. It’s a product that has substantial benefits for healthcare organizations. Now, by collecting information during the check-in process, we’re able to communicate with patients based on who they are and what kind of information is appropriate for them. The workflow is much more quantifiable. The return on investment is clear and immediate.

Also, when we went to market with the initial product, we found that providers really don’t want advertising on a product in their office, especially the larger healthcare institutions. A pharmaceutical or medical device advertisement just before seeing the doctor seems like a great concept until you ask the providers if they’re OK with this. They consistently and overwhelmingly told us that they were absolutely not OK with this.

We had to realign the company. We decided to pick a primary stakeholder to align with. We picked the provider. We will only deliver content that is aligned with our providers’ goals. There are times when providers welcome other stakeholders to be a part of the conversation. For example, after the provider has written a prescription, content to support the patient can come from pharma. That’s an area where both the provider and the pharmaceutical company are 100 percent aligned. In order to get there, we needed a product that actually supported the providers’ workflow.

ES: You’ve mentioned before that there were also some product development challenges.

JB: Building a product that works in the healthcare environment presents many challenges around security and fitting into the workflow of the providers who use it. You have to really understand healthcare and understand how providers run their organizations and their offices. Because we are in their clinical and administrative workflows, we need to make sure we improve them and improve them in a way that is HIPAA-compliant.

We also faced a problem in recruiting developers. In today’s market you need to have a product that programmers can get excited about. You also need to have an extremely ethical company with an agile culture at the core. We’ve had all of this from day one. Still, it took a while to build our development team. It was more of a challenge than I thought it was going to be. Everyone in technology today is facing the same challenge. In the end, though, I would put our development team up against any other. They’re super-talented and dedicated and, most importantly, they work incredibly well together.

ES: Can you discuss your funding history? I know you went to an accelerator.

JB: Yes we were selected for the Healthbox accelerator and participated in their second Boston program, from March to July of 2013. It was a great experience. We were just at the point where we were shifting our focus from the broad patient engagement category to digital check-in.

It was a really helpful time for the company to participate in that program. They take some equity, but they also provide funding, and I thought it was very fair for the stage of our company at the time. We received quality mentoring and many introductions to people in healthcare who were beneficial for growing the company. They gave us valuable guidance in defining the direction of the company. Healthbox also participated in a follow-up investment after our accelerator experience because they believed in our company.

ES: What did you learn during this process?

JB: We were able to withstand the weeding out inherent to the investment market. I’m a big proponent of inviting investors to be a part of your company’s development because they are smart people and they know the market extremely well. If you can’t raise institutional capital, there’s a very good chance you won’t be able to scale your company. You may be able raise money from friends and family, but if you can’t convince a seasoned investor to invest, then you probably don’t have something worthwhile.

As you go through the process, you should be continuously making refinements to the business model. You should go into investor discussions with open ears and an open mind. You have to know what you are talking about and have confidence in what you are doing, but listen closely and take notes. I found most investor meetings to be very valuable, even when they didn’t write a check.

ES: So why is Epion Health in Hoboken?

JB: We are here because it’s a terrific location for so many reasons. To begin with, it’s a great town with a beautiful view of the city, great restaurants and an amazing waterfront area. We’re very close to the PATH station, so it’s a fast and easy commute from Manhattan. We may have to convince recruits the ride across the river isn’t a big deal, but once they do it, they say it’s easy. We’re about 300 yards from the Hoboken Transportation Center, which is where the PATH station is, along with a hub for New Jersey Transit trains and buses and the Light Rail. This allows us to recruit from New York  and New Jersey. We even have team members who come from Brooklyn.

ES: And are you in New Jersey to stay?

JB: We’re not going anywhere. We’ve managed to retain nearly 100 percent of the people we’ve hired. It may take a little longer to build a team here than New York City, but it’s a great state to build a business and live. I grew up in Wayne, New Jersey, left the state for about 10 years while I was on active duty in the Air Force, and then spent 17 years here in New Jersey while I was a pilot at McGuire Air Force Base in the Air Force Reserve. I now live in western New Jersey, and would find it hard to commute to New York City. Besides, our employees love it here.

ES: What’s next for Epion Health?

JB: We are a growing company with a very successful initial product and a clearly defined and validated product-market fit. At the same time, we listen closely to our clients as we develop our product roadmap. The unmet needs in the market will keep our product and development teams busy for a very long time. With this in mind, we’re going to make sure we don’t make the common mistake of “feature creep.” Most of the time, the simpler solution wins in the long run.

We’ve been continuously hiring over the last year and a half, and we will continue hiring in the areas we need to scale; for example, sales, marketing, development, implementation and account management.

We’re extending our product to offer an out-of-office solution. The current product is an iPad-based, in-office check-in platform. We’re preparing to launch an add-on, out-of-office experience so that patients can check in from home or from a mobile device.

Overall, we’re in an amazing position. We have a proven product being used by thousands of patients every day in healthcare organizations across the country. We have a team of all A+ players, a solid infrastructure in place so we can continue to scale and a partnership with athenahealth, one of the most successful and prominent healthcare IT companies in the country, with other partners coming on this year. Finally, we have the financial backing of  Deerfield, one of the largest and most respected healthcare-focused venture capital firms in the world. It’s been four years since we first came on to the New Jersey healthcare scene, at the Startupalooza event back in 2012. It’s been an incredible ride so far, but I’m more excited about the future than ever. We have everything in place to bring Epion to the next level. We’re kicking it up a few notches to really make New Jersey proud.