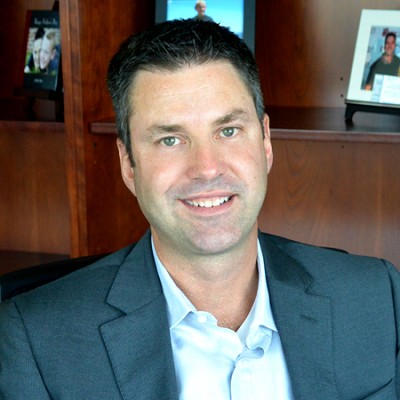 Marathon Data Systems (Neptune) announced on June 30 that it had changed its name to “WorkWave.” At the same time, the company acquired Foxtrax, a cloud-based firm that specializes in GPS for fleet tracking.

NJTechWeekly.com spoke to Chris Sullens, president and CEO, about WorkWave and the reasons for this complete rebranding. The company was founded in 1984, but began its rapid growth in 2008. It now employs 170 people, including 125 in New Jersey.

“We’ve expanded through product development and also through acquisition,” he said. For example, Marathon had acquired Italy-based Viamente, a company that had a sophisticated route planning and optimization solution. Marathon also bought other businesses to acquire software for the field service market, which it added to the core software it had developed.

The newest acquisition, FoxTrax, provides GPS technology for the tracking and tracing of vehicles on the road, so that customers can see in real time where the vehicles are and how they are performing from a safety standpoint and by other measures, Sullens told us.

Marathon ended up with the same problem of many firms that gather assets: a multiplicity of brands that blurred the company’s identity. “As we expanded solutions, we had a number of different brand names in the marketplace for each of our different solutions,” Sullens noted. “One of the things that has always been important to us has been to integrate the solutions tightly on the backend, so they all worked together seamlessly.”

The products were closely integrated, but the large number and variety of brands created a very different impression. And the resulting brand confusion hindered the company’s mission: to connect all aspects of a customer’s business—the office, the field and the devices—in a way that provides rich information that the customer can use to “supercharge” his or her enterprise.

Sullens said that this situation had come to a head about six months ago, when the company took a step back and evaluated how it was representing itself to the market, to its customers, and even to its employees.

At first, Marathon addressed its messaging so it could tighten up the value proposition for customers. “An outgrowth of that was taking a look at the brands in the marketplace and seeing if they really represented what we were doing, asking ‘are they broad enough to assist in that messaging?’” This caused the company’s leaders to take a hard look at the name “Marathon Data Systems,” and ask if that name was really the best representation of the company’s activities.

Marathon worked with a New York agency called “Pluperfect,” an experience that Sullens said could not have been better. “The agency interviewed select customers, interviewed employees and even interviewed some prospects in the market we were serving, to get their sense of what they needed from a provider and to use that information as a springboard to reflect back on the brand and what it should represent.”

One finding of the research was that Marathon’s customers, whether in field service or in transportation logistics, were in constant motion. “We serve a number of businesses that are trying to navigate and become efficient in the last mile of delivery,” getting things from branches, warehouses and distribution centers to homes or businesses, Sullens explained. “The only way they do well, the only way they generate revenue, is to have either technicians who are out in the field serving customers or drivers out on the road delivering food or packages.”

“This concept of work in motion resonated across all the end markets we served, and that became the lens through which we looked at names,” he added. “WorkWave” was one of the names on the final list, and Sullens believes that it does a nice job of conveying the notion of B2B work and the concept of the wave of constant motion.

“The theme really worked well for us because we are on the Jersey shore, and our office theme was already focused on the rich heritage here.” For example, Sullens noted that all of the company’s conference rooms were named after beaches in the local area. Even the “Marathon” sign was painted on a surfboard. It was a nice way to tie everything together, he said.

Viamente was renamed “WorkWave Fleet”; the GPS company became “WorkWave GPS”; and the company’s marketing arm, which helps its customers market through the Web, is now “WorkWave Marketing.”

NJTechWeekly.com asked Sullens if it was personally difficult for him to make the transition. “It was exciting, but it was nerve-racking, too,” he said. “We have 7,000 active customers, we have partners, investors, and potential investors who knew us as ‘Marathon.’ This wasn’t a decision we took lightly, for sure.”

According to Sullens, he knew that the name would have to change because he had run into customers who only focused on the data part of the “Marathon Data Systems” name, and thought that Marathon was a data company. “The name really didn’t really do a good job of representing our solutions in the marketplace, and given that most of our brand awareness was at the product level, [the rebranding] made sense, and it was the right time to make the name change.”

Asked how his employees were handling the change, Sullens said they were excited about it. The company has a mix of employees, some having been there for a long time and others who were hired recently. The company has evolved a lot over the years: it has quadrupled its revenue since 2008 and now has five times as many employees as it did then.

“We are now able to reset everyone … and make everyone feel like they are part of the future and that they know where they are going.” It’s been a company-wide effort, Sullens concluded.

Previous: Panasonic’s Rytting Tells Industry to Build IoT to Provide Value, Fill Needs
Next: Technology Marketing in the Digital Age: Sharing is Caring: How to Amplify your Marketing Efforts