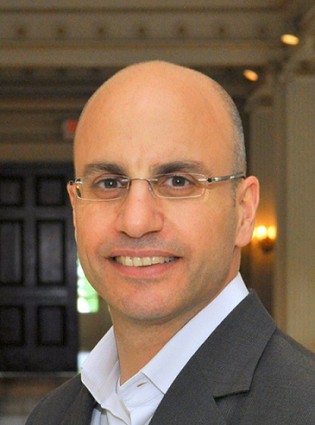 Jim Barrood is taking a delegation of tech and life sciences execs to Cuba in April. | Courtesy NJTC

In what can be termed a first for New Jersey and the region, Jim Barrood, president and CEO of the New Jersey Tech Council, will be taking a delegation to Cuba in April to talk to leaders there about mutually beneficial opportunities.

The members of the NJTC delegation, made up of tech, life-science and healthcare executives from New Jersey, will meet with officials and business leaders in Cuba to discuss trade opportunities and ways of working together to share knowledge and work with the tech talent in Cuba.

The proposed mission stirred up some controversy, as some media outlets questioned if this was the right thing to do. In an interview, Barrood told NJTechWeekly.com that he was not surprised by the debate.

“Cuba is a passionate subject for a large segment of the Cuban-American population. I fully understand their position and, frankly, if I were in their shoes I likely would feel the same way. However, we must look to the future and develop new relationships and opportunities because, in the end, these business connections will help the Cuban people and society to prosper going forward.”

Barrood came up with the idea to go to Cuba after speaking to a former partnerships executive at the United Nations in January. “We discussed ways to strengthen the regional tech hub. One way was to build robust partnerships with other nations and regions. Obviously, Cuba had been in the news lately due to the thaw in relations and, fortuitously, I had visited one year ago.” The two concluded that a trade mission to that country would make great sense.

Elaborating, Barrood said he had visited Cuba on an educational trip while he headed the Rothman Institute of Entrepreneurship, at Fairleigh Dickinson University. “It was eye-opening to learn about a country which we traditionally had only heard negative things about. I learned about how educated and healthy the population was, even compared to much richer, developed nations like the U.S. I sensed the strong desire for tensions to ease between our two countries so that aspiring entrepreneurs could build companies and establish more trade with the US.”

NJTechWeekly.com asked Barrood why he believes that Cuba would be a good trade partner for New Jersey tech companies. He answered, “They have a very well educated workforce, which I think can be helpful for our tech companies as they look to grow both domestically and internationally. The Cubans simply need to be educated in the latest areas, such as mobile app development [and other technologies], to align with the needs of our firms in the short and longer term,” he said.

While the Cuban officials and companies the NJTC group will meet have not yet been determined, “We are awaiting our itinerary, but we expect to meet with leaders from the government, academia, business and nonprofit sectors,” Barood continued.

“We hope to establish relationships which we can nurture over time to develop better trade opportunities between our state and Cuba. We understand that this will be a long-term process, and we will need to patient. However, we believe the opportunities for collaboration are very positive,” he added.

Looking towards the future, Barrood envisions setting up an accelerator in New Jersey for Cuban immigrants, or at least developing “an initiative to encourage their best and brightest to relocate here [New Jersey] … to start and grow their businesses rather than in Florida, the west coast or other countries.”