Veteran emergency and flight paramedic Sim Shain, founder and CEO of ParaFlight EMS and Aviation and OrganFlights.com, keeps his eye on the clock when he and a crew are making an organ transplant flight.

Hearts and lungs only last up to six hours. Kidneys last up to 36 hours, and livers up to 15 hours. In a country where up to 113,000 people are on waiting lists for transplants, dozens of organs are discarded because they do not reach their destinations in time, according to a report by a health news service.

Booking air flights and arranging ambulances, calling in the necessary doctors and staff, and keeping everyone on the same page takes time, and can be maddening when too many people are involved, said Shain, a Lakewood resident.

Currently, to procure a flight, the hospital or medical center, in conjunction with the organ transplant organization, reaches out to companies that fly organs to see which one is available. Precious moments are wasted attempting to acquire the flight. And although these organizations function 24 hours a day, seven days a week, the problem is exacerbated after hours, weekends and holidays, when much of the transplant activity occurs, according to a release.

Shain told NJTechWeekly.com that he has a solution to this industry-wide problem.

He has created a software application, available on both the iPhone and Android platforms, that allows dispatchers to collect critical information; and the app is also aimed at interested physicians, pilots, ambulance drivers, nurses and others who are involved. Via the app, “We give the aircraft operators the ability to sign up, and their schedulers and dispatchers will commit to the flights. In addition, we arrange for ground transports as well for the transplant teams to the airports and to the transplant centers,” he said.

The app “gathers all the data and sends it to our dispatch system. The hospital or transplant center that needs an organ flight goes to the app, enters the information, and we take it from there,” said Shain.

“Our dispatch center sends out the flight request via the app, and the operators have the ability to book the trip via their PC and smartphones,” he explained. “Generally, hospitals have one place that they call, OrganFlights.com, and the app gives them more choices. The dispatch system has the ability to communicate with the medical teams in real time, keeping them informed on all aspects of the flight, such as the time of arrival,” Shain added.

He has also created, and continues to increase, a database of dozens of vetted and qualified operators nationwide who are generally able to launch within two hours.

“There’s a need for better coordination, communication and safety. You cannot waste time trying to procure an air ambulance or organ transplant flight,” he said. “We need to be able to talk with operators in real time.”

Between 2014 and 2019, 170 organs, mostly kidneys, had to be discarded because of delays. Almost 370 additional organs endured “near misses,” with delays of two hours or more, according to a February 2020 report by Kaiser Health News, a national health policy news service.

To further enhance the coordination of organ transplant transportation, Shain is calling for the establishment of two dispatch centers that would be open for business every day, organizing transportation on the ground and in the skies. The centers would also oversee all the other logistics. Ideally, there would be a center on the East Coast and another on the West Coast, he said.

Shain started working as an emergency medical technician (EMT) in 1993. What happened to trigger his involvement in this cause? “We realized that the system is fragmented,” and felt it was possible to create “one uniform system to ensure that no organs get left on the table.”

“We are also working on a system that would transport kidneys on corporate charter flights, and not via cargo on a commercial flight,” he added.

Shain said that he loves what he does, noting he has followed in his father’s footsteps. His dad also worked as an EMT.

“My dad is extremely proud and always encourages me to aim for the stars,” he said. “It’s extremely rewarding to be able to play a small part in the huge mission of saving lives.”

Previous: Jersey City Tech Meetup Focuses on Avoiding the Pitfalls in Setting Up a New Business
Next: Interview with Rita Gurevich, Whose Hoboken-Based Cybersecurity Startup SPHERE Received a $10 Million Series A Investment

747 More posts in Around New Jersey category
Recommended for you 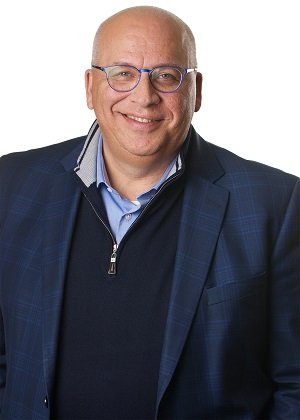