Home » Opinion » Marketing TECHniques: How to be a Twitter rock star 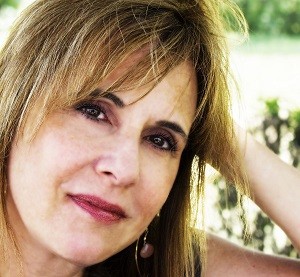 Most of us in the business of technology use social media these days. Once in a while, you’ll see a social media superstar using it for B2B business networking. Here’s one of them.

Meet Dr. Scott Vinci, Board-Certified Chiropractic Physician and Healthcare Technology Consultant for Computer Design & Integration, an IT reseller with headquarters in the NY metro area. Dr. Vinci began using Twitter over three years ago, and today boasts more than 5,000 followers. His dedication to this popular social media platform and knack for interpersonal communications has made him an influencer in the Healthcare Information Technology field.

Q. How did you get started on Twitter? What made you choose Twitter for your business networking needs?

A. I got my start on Twitter roughly three years ago when my company offered social media training for all employees with customer facing roles. I was somewhat familiar with Facebook, reasonably familiar with LinkedIn, but had no clue as to how Twitter was even used. The training process exposed me to the importance of social media in business (something I was fairly clueless about as well). It also made me aware of the far-reaching potential of the “Twitter-sphere.” Twitter is an amazing platform to stay current on everything. It’s a platform for real-time engagement which I have come to find as invaluable.

Q. In your position, you recommend technology solutions for all healthcare providers. How did you build a community of Twitter followers with these folks?

A. I believe that once you understand the “nature” of the platform, the rest just happens. Once I started using Twitter as part of my daily engagement strategy, it became almost routine that my Twitter following started growing. A sound strategy of routine engagement is best. It can be overwhelming at first, but after a short period of time, it becomes almost automatic. And the more routine it becomes, the larger your following. I started by engaging with my company’s vendors, partners and customers. Before long, the engagement grew to encompass the larger IT healthcare community. I now routinely engage with several large social media influencers in healthcare IT which helps grow my network on a daily basis.

Q. What types of opportunities/benefits have you gained by becoming a dedicated and skilled Twitter user?

A. As a consultant involved with business development, I was able to focus on individuals as well as organizations that I had an interest in. By engaging key individuals through Twitter on current topics in the industry, I am able to have a “social media relationship” before initiating direct contact. I have had several experiences where I have been able to interact with individuals in an organization solely based on the relationship I developed via Twitter prior to actually meeting face-to-face. I attend several Healthcare and Information Technology conferences per year and have found that my exposure on Twitter has made the process of meeting key people in my business an easier process.

Q. Now that you’ve got everyone’s attention, how would you recommend a business professional get started on Twitter?

A. The easiest and most practical way for anyone to get started on Twitter is to get on the platform to get a true feel for it. Twitter is like an open conversation in which anyone can participate. For me, I found it beneficial to see who was influential on Twitter in my field and then “follow” them. This allows a new Twitter user to monitor the information and engagement of their chosen influencers. Engagement equals followers, so just watching what’s happening on Twitter isn’t enough. You have to be involved and engaged if you are going to develop your following.

Q. How many pairs of crazy socks do you own?

A. Wow, that’s really hard to say. Conservatively, I would say more than 50 pairs of socks. Crazy and wild socks started to become “a thing” about the same time I started my journey on Twitter. It was a great way for me to become involved and engaged on Twitter without difficulty. I soon found out how popular crazy socks were with other individuals and posting about them is still something I have fun with and continue to do today.