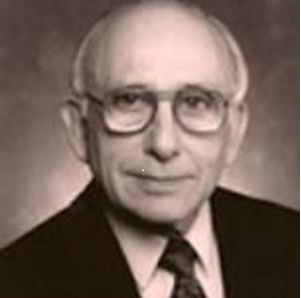 Norman Joseph Woodland, one of the inventors of the bar code | annon.

[NJTechWeekly.com learned recently that one of the inventors of the bar code, Norman Joseph Woodland, passed away at age 91. Woodland grew up in Atlantic City and died in Edgewater. According to an article in the Star Ledger, Woodland and Bernard Silver developed the idea for the bar code as graduate students at Philadelphia’s Drexel University.

The New York Times article which recounted the fascinating circumstances surrounding the invention said the idea was ahead of its time, “unworkable until other technologies were developed.” The duo received $15,000 when they sold the patent, all the money they would ever receive from it, the Times article continued.

PhillyTechNews editor Tom Paine posted the following on the 60th anniversary of the issuance of the patent for the bar code, back in October.]

The first patent for a bar code was issued to Drexel researchers Norman Joseph Woodland and Bernard Silver on this day 60 years ago (October 7, 1952). Woodland and Silver began working on the concept as graduate students in 1948, and filed the patent application in 1949.

By 1951 Woodland had moved to IBM, where he tried to encourage development of the patent. IBM was not interested in that at the time but did offer to buy the patent, but was turned down. Philco later purchased the patent in 1962 and then sold it to RCA.

Silver later taught physics at Drexel but died in 1963 at the age of 38. Woodland, who just turned 91, later had a role in helping IBM implement the bar code.

The bar code did not come into widespread commercial use until the mid-1970s. IBM and the supermarket industry led efforts to develop standards, and with the invention of Uniform Product Code (U.P.C) in 1973, the use of bar codes in supermarkets first began in 1974.

This infographic published by a bar code technology firm gives a short version of the bar code’s history.

[This article appeared in PhillyTechNews on Sunday, Oct. 7, 2012. You can read the original version here.]