During the Third Annual Newark Tech Summit, which took place at 2 Gateway Center on October 16, NJTechWeekly.com stopped by the Boxcar table to speak with Joe Colangelo, CEO of this startup, which is seeking to make commuting easier.

Boxcar’s three-person team works out of Newark Venture Partner’s space in the Rutgers Business School building in Newark. The team, which includes cofounder and COO Owen Lee, has been developing the company for two years, and has been dedicated to it full-time for about a year.

“We look for commuter problems to solve,” Colangelo told us. The first problem that the company found, and the one that it is most focused on, is the lack of parking near train stations. “We are in 25 towns now that don’t have sufficient parking for their train commuters,” he said.

“We come in and partner with local business owners, churches, funeral homes that have extra parking. They list that parking on our app and people reserve that parking.  The commuter has a defined parking space reserved in advance.”

The company has raised about a million dollars from private individuals and a couple of seed funds in the real estate industry, Colangelo said.

Last summer, Boxcar launched an express bus service to Manhattan using luxury charter buses. “That business line turns out to be in high demand, and has grown significantly in the last year. This May we expanded from Madison and Chatham to Cranford and Westfield, as well. We are looking for additional towns to partner with in the future.”

The buses give commuters a luxury ride, complete with outlets for plugging in their laptops and Wi-Fi  for the internet. The buses drop passengers off at the Port Authority Bus Terminal; Bryant Park; and Madison Avenue at 43rd, 47th, 52nd and 57th streets. “So it’s a one-seat ride to the east side of Manhattan.”

Boxcar recently launched a scooter pilot in partnership with a company called “Inboard Technology” (Santa Cruz, Calif.) and the town of Madison. Electric scooters have taken over the news in urban areas, he said. “The question is: Can they be popular enough to help suburban commuters get to and from the train station without having to leave their cars there all day?”

“We’ve given scooters to 20 different commuters in Madison, and over the next few months we are testing if they are something people will want. You’d have to be about a mile or more from the train station, so it’s just a little too far to walk.” Once at the train station, commuters secure the scooters with bike locks that are provided for them there.

“People love it so far, but it may not be a business,” Colangelo noted.

While the startup has its side projects, its main focus is on expanding its parking concept to more towns.  The side projects, he said, are a great way for his company to test new ideas in the urban marketplace.

682 More posts in Around New Jersey category
Recommended for you 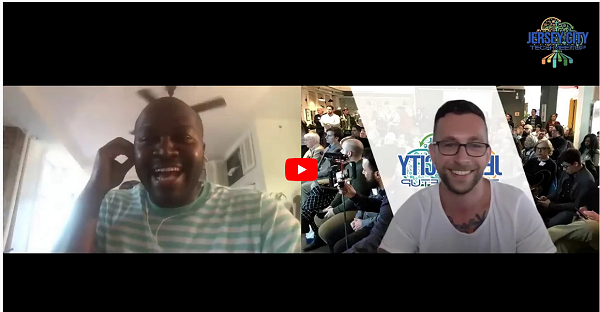 The Jersey City Tech Meetup Holds a Discussion about Race