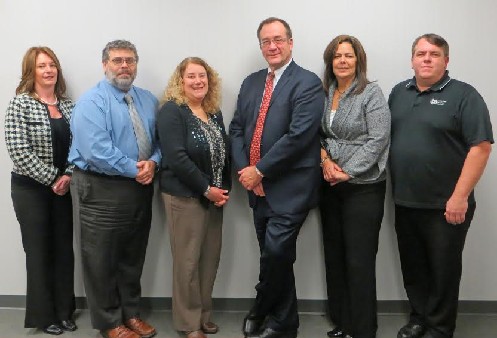 Wayside Technology: Shrewsbury-based Wayside Technology Group has announced that Steve DeWindt has been appointed to the company’s board of directors. CEO Simon Nynens said, “With his experience in high-growth-stage companies, we expect that Steve will add great value to our company as we continue our trajectory of growth.” Most recently DeWindt was president and chairman of OptionEase, a software-as-a-service financial services company. He engineered its sale to Solium Capital, the Wayside release said.

BIO-key: BIO-key International, the Wall-based fingerprint biometric identification solution provider, has beefed up its management team. Early in January 2014, the company said Jim Skidmore had joined the company as senior vice president of global sales. Before joining BIO-key, Skidmore had been vice president of Encode, a software and hardware reseller. BIO-key CEO Mike DePasquale said Skidmore brings 20-plus years of existing business relationships in the security industry to the new job.

More recently the company announced it had appointed three new members to its board of directors and that DePasquale had been elected chairman of the board in addition to his serving as CEO. New to the board are Barbara Rivera, president and general manager of Experian Corp.’s U.S. Public Sector division, and Thomas Bush, formerly of the FBI’s Identification division. Joining them is Thomas Gilley, an entrepreneur with an impressive résumé who recently sold an on-demand Web media company to Vignette and acted as CTO throughout the transaction and during that company’s acquisition by OpenText.

IBS founder Robert Entin had served seven years in the dual role of chairman/CTO of IBS and senior VP/chief information officer of Vornado Realty Trust, an IBS system user. He has resigned his positions at IBS to focus exclusively on his role at Vornado. “A significant amount of the privately held stock for IBS” was “returned to the organization and has been redistributed to IBS employees,” the statement said.