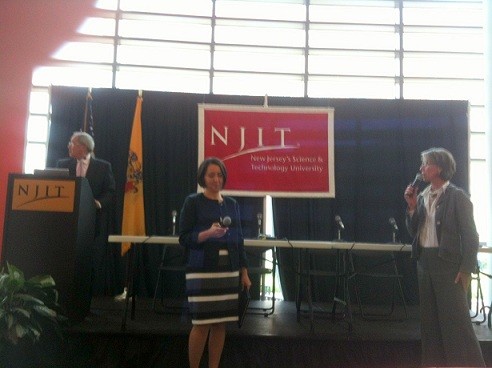 On September 20, 2012, NJIT (Newark) held a workshop to determine which skills displaced N.J. IT workers need so they can get back to work.

As Judith Sheft, NJIT associate vice president of technology development, told the representatives of large and small tech companies in attendance, “We really want to know what skill gaps you have that are keeping you awake at night.”

As it turned out, the answers weren’t so clear. It would have been easier had the group said to the educators, “Provide this programming language or skill set training, and we’ll hire Americans rather than foreign nationals who already have the required skills but need visas.”

While companies look for skilled employees, they also want IT hires who know foreign cultures and can work from the U.S. in different time zones, which means working long hours.

“Americans haven’t yet learned how to work effectively on a global basis,” one attendee said, airing his honest opinion. Another participant said some problems stem from Americans not knowing the  languages of their competition in China and elsewhere. If you want to compete in a global society, he told the group, you may have to learn Mandarin.

The roundtable is part of NJIT’s effort to execute a $5 million H-1B Technical Skills Training Grant, announced last June and awarded to the school in partnership with the North Jersey Partners Workforce Investment Board (WIB).

The grant is intended to create training opportunities in high-skilled, high-wage and high-demand tech occupations for the long-term unemployed, said Arthur O’Brien, H-1B visa grant project manager at NJIT, who emceed the roundtable.

To set the discussion’s tone, Jim Bourke of WithumSmith+Brown (Princeton) presented findings from a N.J. technology workforce survey his company and the law firm Giordano Halleran & Ciesla (Red Bank) had undertaken with the New Jersey Technology Council (NJTC). NJTechWeekly.com wrote about that survey here and here.

Bourke commented that the days of companies hiring college graduates directly from school, expecting them to be only smart and well-rounded and then training them for specific jobs, are gone. Because companies lack the resources to train employees, they are looking for new hires ready to hit the ground running, he noted.

The event was facilitated by Meredith Aronson, director of ManufactureNJ Talent Network at NJIT, and Donna Levan, technology and entrepreneurship talent network director at the NJTC. They solicited comments from attendees, who were seated at tables around the room.

A theme that emerged from the roundtable is that the landscape for knowledge about programming tools is continually changing. Tools essential to jobs one year may be outdated the next. And programmers need to have several skill sets.

In addition, companies appreciate potential hires who have official certifications and hands-on experience in the tools they are using. A Cisco representative noted that training from the Cisco Networking Academy provides simulations of difficult situations, which allows users with that training to come away with important hands-on skills. Hart Singh, who teaches the Cloudmaster and Cloudmaster Guru certificate programs at NJIT, pointed out that the programs offered are experiential in nature.

During a “lightening round” at the event, attendees listed at least 40 programming languages and IT skills they felt were needed in their workplaces to fill jobs available now. Non-language-oriented abilities and assets included teamwork and collaboration, an open-source résumé, vendor management, configuration management and change management.

On their way out, participants were asked to complete a written survey that included questions about the areas of expertise their companies will require in the next 12 to 16 months. There were specific questions about training in cloud computing, cybersecurity, business analytics, mobile apps, network conversion and PC software development.

In a follow-up email, O’Brien said, “We have consolidated the responses from the surveys and the ‘lightning round’ from the Industry Roundtable. Later this week, we will have a meeting with the community colleges at which we will agree on courses the colleges can offer that match the skill gaps the companies identified. Those courses will become the nucleus of the H-1B grant spending for tuition and fees.”