A focus on entrepreneurship, diversity at the table and ventures that will benefit humanity

Believe me. Tech hubs in New Jersey are one thing I know about. And while the energetic and enthusiastic tech community in New Jersey has been trying to create them for the longest time, their efforts haven’t exactly failed, but haven’t flowered the way we would have liked.

According to people who study these things, it takes 20 years to create a tech hub, and most of our efforts are only between seven and 10 years old, so we must give them time. So far, the most successful of these has been the work of Newark Venture Partners, which has brought many startups to Newark.

However, last week, I attended Engage 2020, a conference aimed at highlighting Princeton Innovation initiatives, and listened to the vision of three Princeton faculty members and their take on how Princeton University could be to New Jersey what Stanford is to Silicon Valley.  It’s possible that their vision, along with support from the New Jersey state government, could be one way to accelerate the development of a startup hub in the Princeton area.

However, for the most part, Princeton’s successful entrepreneurs didn’t create their great companies here in New Jersey. There are exceptions, to be sure. But many Princeton’s grads left for Silicon Valley, New York, or their home states, taking their Princeton education and entrepreneurial know-how with them.

Three people on the Princeton faculty have now come together to fundamentally change that. Andrea Goldsmith became the new dean of engineering and applied science at Princeton in September, Rodney Priestley was named vice dean for innovation in July, and Naveen Verma was appointed director of the Keller Center in January.

Verma pointed out that five years ago, Princeton released a report called “Entrepreneurship, the Princeton Way,” which “launched what was then a new phase of the university’s expanding committed focus on entrepreneurship and innovation.”

However, Princeton is now committing itself even more deeply to entrepreneurship. Central to this commitment, Verma said, is Princeton’s “recognizing innovation broadly as the initiation of transformations through risk-taking actions and value-creating organizations, not only by the founding of startups, but also by creating nonprofits, joining early-stage companies, and innovating within large corporations, governments and nongovernmental organizations.” These entities are “taking actions to make significant positive changes, by way of a daily process that pushes, pivots and persists.”

Princeton “has many attributes that would make it a better place to found a company than Silicon Valley.”

Goldsmith, the latest arrival, has the know-how and the experience to speed up Princeton’s role as an accelerant for tech companies. Her background includes engineering, academia and tech startups. She spent many years at Stanford University, and she is adamant that Princeton “has many attributes that would make it a better place to found a company than Silicon Valley.”

A Tech Hub Built for Diversity and Benefiting Humanity

A Princeton-seeded tech hub would look much different from one in Silicon Valley, she added. Technology created in Silicon Valley “cannot achieve its full potential because you don’t have diverse people sitting around the table,” she said. If Princeton is going to create an innovation ecosystem “in our own image, we can have an unfair advantage” in that “we are a very strong liberal arts university with a very strong set of values geared towards benefiting humanity.”

No one else has that kind of tech hub, she added, noting that it would draw companies and entrepreneurs with ventures that will make the world a better place.

Additionally, Princeton is seriously beefing up its engineering education program, Goldsmith said, with “grand plans to grow engineering, to grow the faculty by 50 percent, and then along with it to rapidly grow the student and postdoc population. And the reason why it’s important for Princeton engineering to grow is that this is how it’s going to maximize its impact.

During his introductory remarks at Engage 2020, Priestley said, “Our mission for Princeton innovation and entrepreneurship is twofold. First, we want to encourage, facilitate, and promote innovation, entrepreneurship and partnerships that will enhance the quality and impact of research and teaching at Princeton University. Secondly, we want to enhance and support humanity through a well-integrated and nurtured innovation ecosystem that serves to improve the quality of life for all.”

There are many other elements in developing a successful tech hub, but Princeton seems to be working on them all. The university is collaborating with Rutgers, for example, to make its core assets available to entrepreneurs, so they’ll be able to find that key machine or expertise they need to propel their projects into products.

In conclusion, we’ll be cheering on Princeton’s initiatives in the entrepreneurship area and hope that the university will be an incubator for strong startups in New Jersey. The key here is execution, and we know that, once it has made up its mind, Princeton knows how to execute.

Also, while Princeton is doing its best to seed New Jersey with great companies, I’d like to see collaboration with all the other area entrepreneurship efforts, such as Einstein’s Alley, the Princeton Tech Meetup, Tigerlabs (Princeton), Startup Grind Princeton, Scarlet Startups (New Brunswick), TiE New Jersey (Edison), the Princeton Growth Accelerator, and TechUnited:NJ (New Brunswick), among others. I’d like the university to remember that, while they may be pushing forward in what is a new direction for them, these other organizations have been fostering the tech community, economic development and tech and life-science startups in the area for years.

Previous: With Stratascale, SHI Feels it Can Capture Even More Market Share
Next: Propelify Presents “It Takes Integrity: From Entrepreneur to VC with Tech Council Ventures” Discussion

713 More posts in Around New Jersey category
Recommended for you 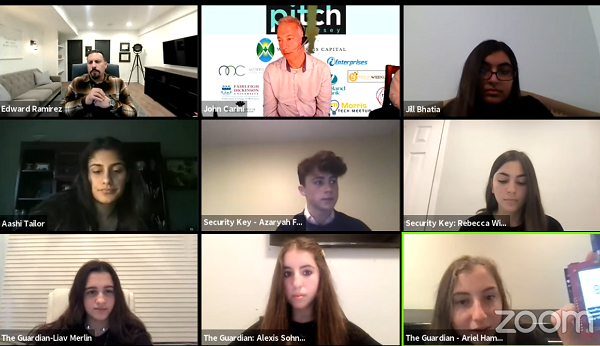 Spring is the season for pitch events, and Morris Tech Meetup started off in late...

Still not participating in in-person meetings, but hope to in the fall.

Pa. tech firm that makes iPhone components gets $410 million from Apple, could grow in the Lehigh Valley https://buff.ly/3b2Ttjx This company has a location in Somerset.