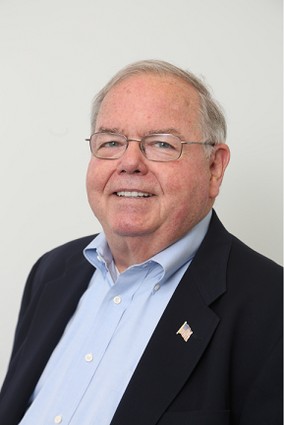 Paterson-based Pacific DataVision (PDV) is ready to make its next move: bringing back push-to-talk in a big way.

Push-to-talk is a walkie-talkie communications technique that uses a button to switch a radio or phone device from voice-transmission mode to voice-reception mode. It was popularized by Nextel in the 1990s.

PDV — which is run by many of the same executives who made Nextel Communications such a force in the telecom industry — recently raised $218 million to acquire the 900 MHz spectrum from Sprint and to develop a sales-and-marketing structure.

The company will be launching a large private push-to-talk network, based on Motorola technology, for dispatch in major markets throughout the United States. The network will be aimed at small to medium-sized companies that need a combination of push-to-talk and workforce management solutions.

This is a distinctly New Jersey story.

Nextel was born in New Jersey as FleetCall, established back in 1987 by Brian D. McAuley and Morgan O’Brien, who are now chairman and vice chairman of PDV. John C. Pescatore, another Nextel alumnus, is PDV’s president and CEO.

McAuley and Pescatore worked together at another company after Nextel. Then, according to Pescatore, they became involved with PDV, which had been founded to build software for data-centric push-to-talk users of Nextel.

“We got interested in the company in 2004, helped them raise some capital, and, as part of that fundraising round, we came on board to become the management team for the company. We based it in New Jersey,” Pescatore said.

“We refer to Pacific DataVision as ‘PDV,’ but we plan to rebrand it since we are based in New Jersey. We have a strong technology office in San Diego, and Morgan will be located in northern Virginia, near Washington … which makes sense for what we do from an FCC and regulatory point of view.” Pescatore added that this was how Nextel had operated, with O’Brian in the D.C. area from the beginning.

Pescatore said that the company planned to expand its operations in the Garden State. “New Jersey is our corporate headquarters.  Our customer, business-operations and sales-and-marketing teams are in New Jersey, and we will be growing the teams we have here.”

The expanding company, which employs about 30 people, has outgrown its space in Paterson, and will be acquiring more office space elsewhere in the northern New Jersey, in Passaic, Bergen or Essex county, the founders said.

Nextel, as a public company headquartered in Reston, Va., merged with Sprint in 2005, and Sprint operated the push-to-talk network as a separate division. In June 2013, Sprint shut down the Nextel division for good.

PDV has been in the workforce-management and location-based-software businesses for about a decade. “We have been developing solutions such as workforce tracking: knowing where your workforce is during the day. All of our solutions are aimed at making businesses more efficient by helping their dispatch or call center operations to be more effective in managing a disparate group of field workers,” Pescatore told NJTechWeekly.com.

NJTechWeekly.com asked the founders if the technology wasn’t outdated in these days of texting and group communications.

“There is a portion of enterprise businesses that needs to manage its workforce efficiently and effectively, and at a lower cost. We will be providing a reasonably priced service with a lot of features in it — which in today’s market place you pay extra for — and we are bundling it into a singular service for everyone,” McAuley said.

Added Pescatore, “Push-to-talk users remain loyal to push-to-talk, and there are still tens of millions of them in the world. With the shutdown of the Nextel network, we felt that there was a clear void in the market for a carrier that has a dedicated and purpose-built push-to-talk solution focused solely on businesses.”

The founders know it’s a niche market — but it’s a big niche. “Think about companies in transportation, construction, distribution, and field service, blue- and grey-collar companies that have a need for reliable push-to-talk coupled with next-generation business solutions that automate their workforce,” Pescatore said.

O’Brien believes the company is in a strong position to attract users. “If you are a general contractor and you want to say to your workforce, ‘who has my hammer?’ you do not want to set up a conference call with everybody. You want to push a button and say, ‘Who has my hammer?’ and the worker with the hammer says ‘I do.’ For certain day-in and day-out functionality … when you are trying to communicate one to many, not one to one,” radio technology is the technology of choice, he said.

O’Brien acknowledged that texting works in some cases, but if you are thinking of operating a garbage or cement truck, “you can’t be looking at a smart phone or mobile computing device. This is safer communications, and push-to-talk is exempt from much of the driver distraction legislation. It’s eyes-up communications. You are not trying to look at a menu system on a smart phone.”

The founders talked with NJTechWeekly.com about the deal. The company worked with FBR Capital Markets as the sole placement agent, and its investors are primarily qualified institutional buyers. “It did take us some time to do the deal with Sprint,” Pescatore said.

Sprint received $10 million of the spectrum purchase price in the form of PDV common stock, at the same price per share paid by the institutional investors. Motorola Solutions has agreed to lease a portion of the spectrum from a PDV subsidiary.

The founders acknowledged that finding investors who saw the potential of push-to-talk in 2014 was somewhat of a challenge.

“Brian, John and I worked together to identify what the critical features were that made Nextel a success, and we then worked to put those factors back together again. Primary among them was that we would identify and acquire premium spectrum and try to get it at a below-market price, and we would not focus on the consumer. … We wanted to stay in the space that had done so well for us, the enterprise push-to-talk,” O’Brien said.

“We wanted to team up with Motorola on the technology, if we could, because we thought that was crucial to the success of Nextel,” he continued. “We took those concepts and duplicated them. Fortuitously, we were able to get negotiations going with Sprint, at a time when they wanted to dispose of that spectrum.” And the founders were pleased to be able to get many of the key players in Nextel’s management team back together.

“It’s amazing that we were able to raise that kind of money in today’s environment for this kind of an enterprise, one that is not really running at a profit at this point,” O’Brien added. “But we did duplicate those elements [from Nextel], and in today’s world there is high perceived value of wireless and also any kind of niche play, plus our upside potential in broadband,” he concluded.

Previous: A Letter to the NJ Tech Startup Community
Next: Technology Marketing in the Digital Age: Today’s content marketing and why it matters for your go-to-market strategy