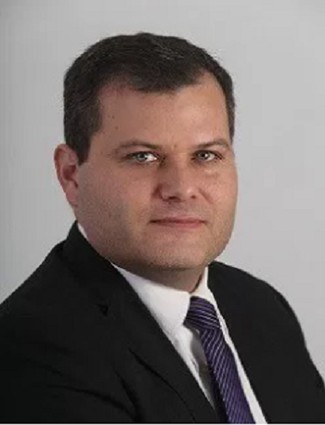 In the Spring of 2016, Hemi Re’em was running a triathlon, which he had done so many times before. However, this race was different from the others: His body was not getting enough oxygen, so he collapsed and was rushed to the hospital, where he received open heart surgery.

Although this life-threatening experience was jolting, Re’em was confounded because he thought his body was functioning at 100 percent. Shortly thereafter, he partnered with Menachem Genut, a specialist in materials science and nanotechnology, to found YOPI, which is based in Hackensack.

A year and a half later, YOPI has the only patented wearable technology on the market that measures a trainee’s oxygen consumption (or “VO2”). The company’s goal is to learn from Re’em’s accident and help other athletes prevent injuries and deaths due to the lack of oxygen.

As of this writing, YOPI has reached $185,000 in crowdfunding on Wefunder. Now the challenge is to scale. YOPI is homing in on its market segment. “In the equity crowdfunding format, it’s difficult to identify where your interested market is, where to find the crowd in crowdfunding,” David Freidenberg, CEO of YOPI, told NJTechWeekly.com.

Freidenberg brings 15 years of IT and telecommunications hardware and software experience to YOPI, and hopes to usher in the next rounds of funding and beyond. Re’em, Genut and Freidenberg are all interested in growing YOPI into a large company.

“We’re not interested in being bought by a Fitbit. After we reach $1.07 million in funding, we want to start selling the product and take the business as far as we can,” Freidenberg said.

The next stage will require a big public relations push. The company is hiring a new PR consultant, who will focus on a three-tiered approach to getting the word out about this technology. The key is to reach the press, influencers and others who use social media.

YOPI intends to change its strategy so it can launch itself into Regulation A equity crowdfunding. To accomplish that, much more “crowd” will be necessary for its crowdfunding, said Friedman. Influencer and social media marketing, when done right, can be extremely effective in attracting huge audiences.

Re’em said, “This is a booming market with wearables shipments expected to reach $245 million in 2019.” YOPI’s focus on one sole market ? serious athletes (and eventually healthcare) ? is a strength, but it’s also a weakness that the executives are fully aware of.

The current YOPI prototype uses biosensors to measure the potassium and oxygen levels in the sweat on the athlete’s skin, and uses this information to gauge the levels of oxygen in the body. The technology is a wearable the size of an armband that could hold an iPod in while the user is running.

While the size of the wearable and the data produced by the YOPI prototype makes this a viable product in itself, to take it a step further, the technology also connects to a phone app that easily monitors personal data. The YOPI technology is housed online and accessible to the user at any time.  Using machine-learning algorithms, the data is processed and the user receives performance advice from a virtual assistant.

One of YOPI’s demo videos shows a runner being told to slow down. The device has detected that the V02 levels are too low. Having this real-time feedback alters how athletes will train.

Freidenberg hinted at the possibility of partnering with other companies, fostering a mutually beneficial way to reach more people within the market. Re’em said, “YOPI is about to change everything we know about health and fitness, let alone YOPI implementations in healthcare, nutrition and other markets.”

For the YOPI team, the possibilities seem endless, but closely monitoring the company’s own oxygen levels, and how fast it is moving, may be the key to scaling the business successfully.  If only there were app for that.