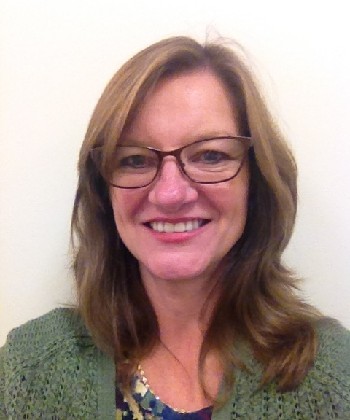 About three years ago customers began coming to Mars International, a global contract manufacturing company based in Piscataway, with requests to modify their products to enable Internet of Things (IoT) deployment.

After several customers asked for the same thing, the company began to work on a solution. As they began developing custom products, Mars International engineers decided that it wasn’t necessary to implement a custom solution each time.

Mars International began developing a product that all customers could use to connect their devices to the Internet. In April 2014, the company brought that product out of the contract manufacturing domain and launched it as an IoT product called “Ciqada.”

“No matter what your product does, it can be connected to our IoT solution,” said Erica Karakis, product manager for Ciqada, which is now a division of Mars International.

The solution is a value to any company that doesn’t have the resources or engineering talent to connect their devices in house, Karakis said, as it is a fully integrated product that takes into account hardware, software, security, communications, and scalability, among other considerations. The product includes hardware modules, web portals, mobile applications and a private cloud.

NJTechWeekly.com asked Karakis if the company had run into any particular problems while developing its solution.

She said that the development was pretty straightforward, but there was a lot of integration that had to take place at the same time, because the engineers were developing hardware, software and the entire backend infrastructure all at once. “We had developed them at the same time and had to get them working together,” she said. “Today, that’s a nonissue.”

Integration wasn’t the only challenge. The engineers also found that when they tried to implement their solution in commercial or industrial buildings, the IT people in those buildings, who were responsible for the networks, didn’t want other devices on their networks. Ciqada solved the problem by providing a separate network infrastructure of its own. In situations when the solution is going into a large-scale building, the company generally guides customers to create a separate network, Karakis said.

Looking at the competitive horizon for IoT companies, Karakis agreed that everyone — from very large companies like Intel to very small companies — is going after the same market.

“Everyone is after this market because it is the next technology boom. What’s interesting is that everyone is approaching it in a different way. Many companies are developing pieces of the infrastructure, but we really haven’t seen a lot of people who have a complete infrastructure solution such as ours, that could allow a business to tie a device into the Internet without going through a significant software-development process themselves.”

And, she added, “there really hasn’t been a strong sense of standards coming out of the standards bodies” to regulate these developments, except in the wireless space. As long as you “take into account the security of the network, the security of the device and make sure you are meeting customer demands, the field is wide open right now.”

Ciqada, she noted, is going after those companies whose expertise is other areas and who just need help with the IoT.

For example, one of Ciqada’s clients is Cigar Oasis, a company on Long Island that sells cigars and humidifiers. Their “Smart Humidors” can be connected to the Internet via Wi-Fi. “Using our system and an app we provided them, Cigar Oasis’ customers can check the temperature, humidity and averages over time of these environmental conditions. They can also control the humidity target set point from the mobile app,” Karakis said.

For example, if they see that the humidor is too humid, they can make an adjustment on the app, and the information will be sent back to the device and adjusted there. The company’s customers can also receive email and text alerts when water is low in the humidifier.

Another customer is a company that installs products in commercial buildings. These products must be maintained and regularly refilled. Ciqada is now connecting all of the products so that the company can monitor usage and know exactly when the refills are needed.

“There is a huge cost savings in terms of deploying people to check on the resources available in each of these products. Now they know exactly what is needed, where, and when; and the data can also be used to predict future usage,” she said.