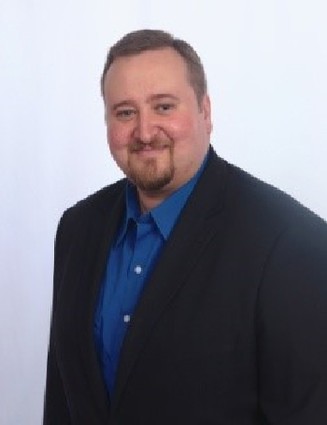 [While we take a much-needed break, we are rerunning our most popular posts. This was originally published in April 2018.]

Businesses that are hosting their own blockchains or that are mining blockchain cryptocurrencies have an alternative in the cloud, said Mark G. Stogdill, president and CEO of Hammer Fiber (Point Pleasant Beach).

Discussing the explosive industry of cryptocurrencies, Stogdill explained that there are a lot of people who are trying to host their own blockchains. “It seems to us that the big hurdle for blockchain is that it really requires value to be driven to it. You have to create a market. You have to get it out to the world.

They are setting up “what they call ‘mining rigs,’ which are basically a lot of server processing that they use in unsecured facilities or that they run out of their houses. They search the Internet and try to find these coins. They collect them and they provide trading for them. There are a lot of coins out there that haven’t been found because of the way blockchain works,” he said.

A blockchain is a very secure, distributed ledger that keeps transactional records of where these coins are, but many coins haven’t been found and are presumably lying fallow. “The best place to host a blockchain is in a data center. The biggest cost of running a blockchain is power. It requires a high level of power density, and the cost of running these mining rigs is very, very expensive,” said Stogdill. “And the operational costs, depending on how successful you are in the blockchain world, whether you are making your own currency or are trying to find other people’s currencies, can sometimes outstrip the reward.”

Hammer Fiber has a very deep data-center presence, with highly secure facilities, static power costs and infrastructure in place to support blockchains, he said. “We’re saying, if you work with us, we can put all your systems on our network, and we can do it much cheaper than you can do it yourself. There is a low entry cost.” The data centers also have high-capacity fiber links to the Internet, and this is another part of Hammer Fiber’s offerings.

Stogdill noted that Hammer Fiber began experimenting with blockchains for internal projects, and developed the architecture to support the technology.

Besides its new blockchain business, Hammer Fiber is a unique blend of an Internet service provider (ISP), a fiber company, and a triple-play content provider. Traded publicly over the counter, the company was formed in 2014 and began offering Internet service in 2017. Its triple-play television offering is unique.

“Essentially, we are a network operator that offers Internet phone and television services both through wired applications and wireless applications. Our big claim to fame has been the use of our wireless radio system, which essentially is a point-to-multipoint radio that runs DOCSIS [Data Over Cable Service Interface Specification] over the air, which is a cable TV type of architecture,” Stogdill said.

Hammer Fiber is not a cable company, he emphasized. “We use wireless technology to shoot from a base station to a home. So, it’s extremely advanced, and we see it being positioned as a very important part of what’s going to become the 5G revolution going forward, in terms of to-the-home content and Internet distribution.”

The triple-play service offered by Hammer Fiber is distributed on Absecon Island: in Ventnor, Margate, Longport and Atlantic City.

The company also has fiber. “We have some direct fiber feeds to buildings and businesses, and we backhaul all of our wireless technology using fiber optics. The wireless piece is an extension play. As part of our business model, we created a very dense network presence throughout New York, Philadelphia and all thorough New Jersey, which has a lot of backend infrastructure, some of which is used for our Internet service product.”

Hammer Fiber is moving into supporting other types of services that it can sell to a broader range of customers, such as businesses, web hosting firms and large enterprise customers. “All of these products grew out of being your local Internet company,” Stogdill said. “They all sort of center around the cloud architecture. It’s about servers and it’s about data storage. It’s about wholesaling enterprise phone systems. And these are new markets we just started to enter into over the last few months.”

“We are focusing very heavily on our cloud offering, which does everything from hosting your website to running your Dropbox-type data storage, backing up structured data backups that large enterprise companies need. All of the infrastructure is in place, and we are starting to sell these now as a service.” Stogdill added that the blockchain offering grew out of all this.

Previous: Teams from Stevens, Princeton and NJIT Win Posters, Pitches and Prizes Event
Next: A Tale of Two Cities: Newark and New Brunswick Further Their Goals to Become Tech and Innovation Centers