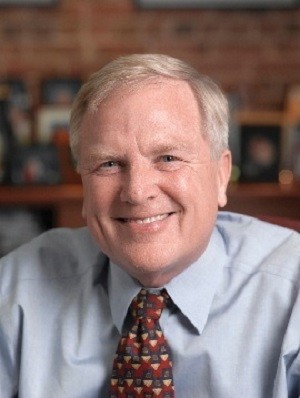 Heartland Payment Systems (NYSE:HPY), Princeton, one of the extended Philly area’s most innovative tech-oriented firms, agreed to be acquired yesterday by Global Payments Inc. (NYSE:GPN}, an Atlanta firm, for $100 per share, or $4.3 billion.

The payment processing industry is consolidating as new technologies emerge, reshaping the market. Bloomberg noted that Global Payments had about 2.9 percent of the global transactions processing market in 2014, while Heartland had about 2.1 percent, according to the Nilson Report.

Heartland shares doubled over the past year, trading at $94.36 at midday today.

Give a great deal of credit to Robert Carr, Heartland founder and CEO, who started the company without a whole lot of cash and saw it through to an excellent exit, despite its share of bumps along the way.

Founded in 1997, Heartland received a major boost in 2001 when Philadelphia’s LLR Partners teamed with Greenhill Capital Partners to invest $40 million in the company. Heartland did its IPO in 2005.

The biggest crisis in Heartlsnd’s history was the 2008 hack into Heartland’s system, at the time the largest data breach in recorded history. One estimate was that 100 million cards and more than 650 financial services companies were compromised. Heartland recovered, and Carr became a leading activist against hackers, and for instituting tougher standards to battle data breaches.

Carr also keeps an interesting blog. The son of a waitress who worked night shifts to help support the family, Mr. Carr attended the University of Illinois, where he earned a bachelor’s degree in mathematics and a master’s degree in computer science, according to his blog.

Heartland specializes in providing payment processing services to small and medium-sized merchants. It also serves specialty niches, such as college campuses. Heartland has also been trying to become more of a player in the retail point-of-sale market, perhaps with mixed results.

In 2014, Heartland had revenue of $2.3 billion and net income of $33.9 million. On a combined basis, the businesses expect to generate in excess of $3.0 billion of adjusted net revenue and $1.0 billion of EBITDA annually, Global Payment said in its release.

Previous: Flying drones over industrial sites, hospitals could become a crime in N.J.
Next: State Could See $2 Billion Windfall if It Opts to Sell Broadcast Licenses