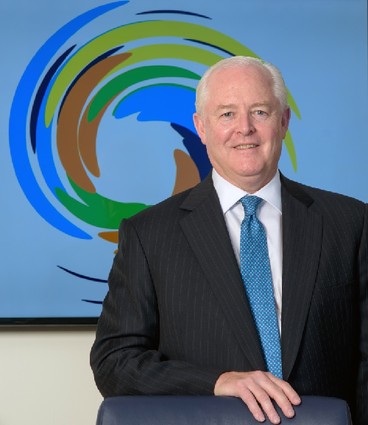 “Nasdaq says at least 15 of its former employees joined MIAX. Nasdaq alleges that three of them forwarded technical documents to their personal emails before leaving, while another employee improperly retained some.”

The article continued, “The alleged trade-secrets violations center on Nasdaq’s INET technology, which is the core software engine that powers Nasdaq’s exchanges. Nasdaq also licenses that technology to more than 100 exchanges around the world, according to the complaint.”

In a statement issued on Sept. 1, Gallagher said, “We believe that NASDAQ’s complaint is nothing more than a feeble attempt to stifle innovation by a smaller company that has had tremendous success over the past five years.”

Gallagher further stated, “Many of our employees have been with us for between 6 to 10 years and we believe that the timing of NASDAQ’S filing is very suspicious.  It is worth noting that NASDAQ, along with other competitors within our industry, unsuccessfully attempted to recruit the heart of our technology team over the past several years offering millions of dollars in cash and equity-based compensation to no avail.”

In an interview with NJTechWeekly.com, Gallagher said, “We spent over $300 million building our company. We have 110 employees and a $30 million payroll, with a large chunk of that in New Jersey. We did it the old-fashioned way. Now that we are getting a 5 to 10 percent market share, competitors are taking notice.” Gallagher noted that he had started working on the company in 2007, and launched the first exchange, MIAX Options, in 2012.

“I’m very proud that we have built two of the world’s most robust exchanges. We have built some amazing technologies and I’m so proud that we’ve done it with a lot of New Jersey residents. We didn’t have to take anyone else’s technology because we wanted to bring the next generation of exchange technology to the exchange space.  We didn’t want yesterday’s technology.” And he added, “I was a corporate securities lawyer for 30 years. We are not going to cut any corners.

“I don’t mind people fighting us fairly and squarely on price, on technology innovation, or on service and professionalism, but don’t fight us on trumped-up, frivolous claims. … I think they believe this will embarrass us or slow us down. If anything, it will energize us.”

In his statement, Gallagher continued, “Only after we continued our track record of unparalleled performance and strong growth did NASDAQ file a baseless complaint.  If the bullies at NASDAQ’S New York City headquarters had a legitimate grievance against our company or our employees, why did NASDAQ’S top management try to aggressively recruit these same employees over the past several years?”

On its website, MIAX says “The MIAX trading platform was developed in-house and designed from the ground up for the unique functional and performance demands of derivatives trading.” Nasdaq says that MIAX relied on or piggybacked on Nasdaq trade secrets or know-how developed by MIAX employees while they were still at Nasdaq.

“We have treasured honest and innovative employees in all aspects of our company,” said Gallagher in his statement. “And I am outraged by this frivolous action and we will defend our company and our employees against this unethical and anticompetitive conduct.  These bullies are losing to us in technological innovation and will lose to us in court as well.  We fully intend to explore all legal avenues in response to NASDAQ’s unfounded claims.”

MIH’s executive offices, technology development center and National Operations Center for MIAX are all located in Princeton. There are additional offices and a multipurpose training, meeting and conference center at MIAX’s facility in Miami, Florida, where MIAX Technology sales and MIAX Equities sales, membership, marketing and listings operations are also located.

Previous: Commvault Employees Give Back to New Jersey in a Big Way
Next: Is New Jersey Finally Getting Smarter About Smart Meters?