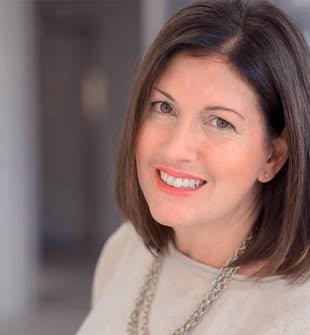 In mid-May, Edison Partners (Princeton) announced that it had sold its interest in Billtrust, receiving a 10X return on its investment in the Hamilton-based payment cycle management company. No other financial details were discussed.

Private equity investorW Capital Partners (New York) was the buyer. Edison provided the first institutional investment in Billtrust when the latter was an early stage company, a spokesman said. Since Edison’s investment, Billtrust has grown its revenues 30X; built its workforce to more than 500 employees; and acquired seven companies, including its most recent acquisition, that of Credit2B (South Plainfield), the company said.

In an email exchange with Kelly Ford, a partner at Edison who will remain on as an independent member of Billtrust’s board of directors, we learned that Edison generally follows a formula when determining the timing of an exit.

“When we make an investment, we craft a return model and align with the CEO on a growth plan that delivers a revenue or EBITDA multiple of x over y time horizon,” Ford wrote. “Certainly, growth plans change, as do exit forecasts ? for lots of different reasons. Exit timing is a balancing act of company performance, market conditions, alignment between investors and the executive team and investor fund cycle.”

She added, “Billtrust was an investment Edison made when we were operating under a different strategy (early stage venture) than we have been for the last two funds (growth equity). Admittedly, hold periods were a bit longer. The company also had been and continues to be a high-performing business. The exit timing in this case for us was driven by the fund cycle. [It is] bittersweet for Edison.”

Ford noted that Edison and Billtrust had had a long history together and that, financially, this was a great outcome. She also said that Billtrust faced an exciting future. “Personally, I am delighted for continued partnership with Flint [Lane, Billtrust founder and CEO] and the team as an independent board member.”

“Billtrust founder and CEO Flint Lane was a visionary in 2001, continues to be the leading innovator in B2B billing payments and pioneered payment cycle management today. He saw the opportunity in this market before the Fintech ecosystem declared enterprise-focused Fintech a ‘cool’ sector,” said Chris Sugden, managing partner of Edison Partners, who led the investment. “Flint and the entire Billtrust team epitomize the founders, CEOs and growth-stage businesses we aim to serve.”

Edison often talks about the added value it gives companies in its portfolios. In Billtrust’s case, “Chris Sugden has been a trusted adviser of Flint’s on matters of capital formation, [mergers and acquisitions], talent, new product strategies and more. Likewise, Flint has made Edison better as an active member of our Director Network, the catalyst for our first CEO Summit (now, an annual event), mentor to other Edison CEOs, and just an all-round reliable source of honest opinions and feedback,” Ford said inher email.

“My involvement over the last year has been helping to expand and scale the company’s go-to-market approach. In fact, when I joined the board, I also spent four months in the business working alongside Flint and the executive team to this end,”

“Edison’s capital helped to finance our growth, while the investments from the Edison team, Director Network and the Edison Edge value-add platform helped us to scale our growth,” said Lane. “Chris’ board leadership, mentorship and friendship has been invaluable to the business, and to me personally; and more recently, Kelly Ford’s hands-on participation with our team and board has helped us evolve our go-to-market strategy to achieve the next level of scalable growth. I look forward to many more years working in close partnership with the team at Edison.”

Like Ford, Robert Farrell, chairman and CEO of GlobalTranz (Scottsdale, Ariz.) and a member of the Edison Director Network, will remain on the Billtrust’s board. Sugden had previously served on the company’s board for more than a decade.