A screenshot of TheMapped. Let’s populate it with NJ Tech community information! | ES

NJTechWeekly.com urges you to put New Jersey tech on TheMapped.com.

We have coworking spaces, accelerators and incubators. There are tech and entrepreneurship meetups up and down the New Jersey Turnpike, the Garden State Parkway and Rte. 287, including one — NJ Tech Meetup — with more than 3,100 members and another —Princeton Tech Meetup—with more than 1,700 members. We have the New Jersey Tech Council, representing some 1,000 tech companies.We have a financial community made up of VCs and angels. There are lots of tech staffing firms.

We have great, innovative universities like NJIT, Stevens, Rutgers, Fairleigh Dickinson, Montclair State and Rowan, to name a few,  many of which have technology ready for transfer and some who have great entrepreneurial programs for students and members of the community.

There are colleges to train our future technology innovators in education so they can educate the next generation. We have community colleges and others training and retraining the tech workforce. Several cities, including Newark and Hoboken, are trying to become tech hubs. We have an ecosystem of mentors, advisers, attorneys, lawyers, financial professionals and others to support the tech ecosystem.

But does anyone think of New Jersey as a hotbed of technology innovation? Chances are they do not.

Many tech community leaders here believe one way to solve that problem is to visually represent where tech is happening in New Jersey. To that end,  the NJ Tech Meetup and some of its supporters have created a new mapping website, TheMapped, that will crowdsource information about where tech is located in New Jersey.

Crowdsourced information depends greatly on participation, so NJTechWeekly.com urges you to participate.

As NJ Tech Meetup organizer and startup founder Aaron Price, who initiated this effort, told us, “With my involvement with the tech community in New York, I frequently get asked, ‘What’s going on in New Jersey?’ I thought this would be a great way to expose some of … what’s going on in New Jersey and maybe around the country and around the globe … I think there is a ton of activity going on beyond California, Boston and New York City … it’s important that other areas get exposure, too. This will be a really fun way for people to understand and learn about what’s going on in their neighborhood.”

It’s really about business opportunity for everyone, Price added, and about exposing people to what’s going on in their backyard. “It’s about helping people surface the technology community that already exists in their neighborhood, state or city,” he said.

Inspired by MappedinNY.com, a site that crowdsources information about the Manhattan and Brooklyn tech scene, TheMapped wants to eventually be the site where users anywhere in the U.S. can discover the tech community around them. It is starting with New Jersey.

The TheMapped team includes Price, also cofounder of the startup LiveCube; Ilya Olevsky of Rabbit Leap, who did the front & backend development and current user interface design; Emily Lee of EmilyLee.org, designer of theMapped logo; Corey Stary and Jay Ramirez, who are doing a comprehensive redesign of the user interface, and Gabriela Levit of Jacaranda Technologies, doing testing and data seeding.

“If you are looking for people or companies in a particular area, we want to make it easy for you to find them,” Levit said. “If you want to know what’s going on in Hoboken, Edison or wherever, you can go on [TheMapped website] and find incubators, investors, people, companies, coworking spaces and anything related to the tech community.”

The current version of the website, which development began on in late spring 2013, is finally ready for its Alpha flight. Users can now go to the site and add themselves and their companies. Price and the development team are eager for feedback. The product is evolving and will have other versions in the near future, Levit told NJTechWeekly.com.

There have been other attempts to quantify the N.J. tech community, but they fizzled out due to lack of support. One that we thought had great potential was NJTechList, which we covered here.

This initiative is important for New Jersey because it can only help build the tech community and the tech business here: when companies choose to start their businesses in the Garden State, they want to settle near tech talent and other likeminded entrepreneurs.

It’s up to you to put yourself on the map, so go ahead and do it!

[This opinion was updated on 10-9-2013 to clarify what each member of the team is doing. Our apologies for any inaccuracies.]

219 More posts in Opinion category
Recommended for you 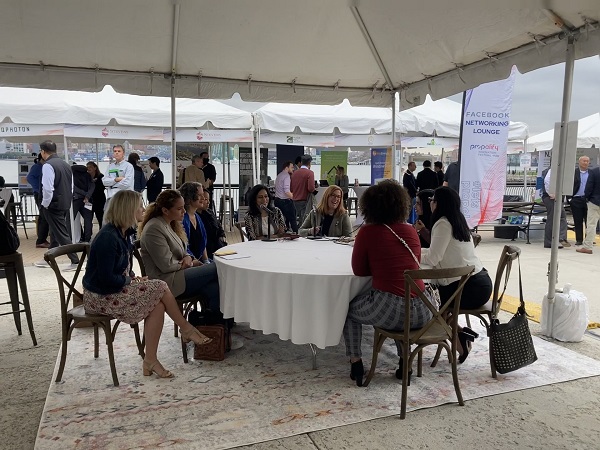 Opinion: Benefits of In-Person Networking Roar to the Forefront as Propelify Gets People Talking

The biggest tech story of the week was the Propelify Innovation Festival, which took place...