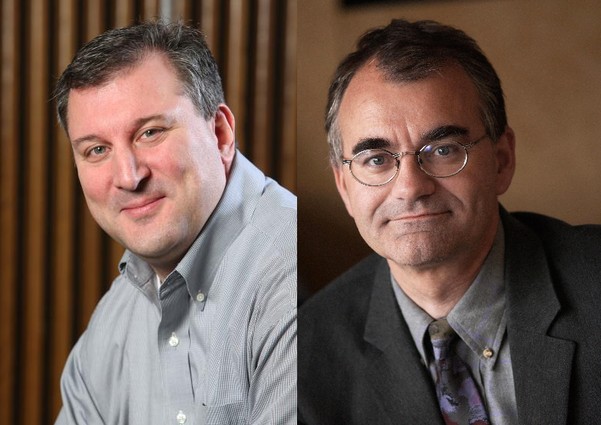 On June 18, the GreenTouch consortium, which was started by Bell Labs/Alcatel-Lucent, announced that it had exceeded its goal set five years ago to identify technologies, architectures and protocols that could reduce telecom-network energy consumption while still accommodating explosive traffic growth.

During a celebratory event in New York, GreenTouch revealed that its new approaches can improve energy efficiencies of mobile access networks by more than 10,000 times, far exceeding the original goals of the working group. The consortium also announced a research project that will enable significant improvements in other areas of communications networks, including core networks and fixed (wired) residential and enterprise networks.

Some key work for this consortium was done at Bell Labs in Murray Hill.

Van Landegem noted that Bell Labs had begun thinking about designing networks in a sustainable way before it initiated the consortium, but it knew it couldn’t do it alone.

“It was too big a problem for only one party, so we decided to bring the various stakeholders of the Internet, communications and telecom industry together,” Van Landegem said. Stakeholders included telecom equipment vendors, telecom service providers, network operators and academics from universities and research institutes, he added.

In the past, he told us, networks weren’t designed with energy in mind, but were instead focused on bandwidth, which was what customers were clamoring for.

GreenTouch directed the stakeholders towards a common objective with an ambitious goal: to improve energy efficiency in communications networks by a factor of 1000, which it would accomplish in a 5 year time- frame.

During the last five years, GreenTouch has announced several technologies it had developed that could significantly reduce energy use. “If you look at energy efficiency in mobile access networks, it can be improved by more than 10,000 times, compared to a state-of-the-art 2010 reference network scenario defined by GreenTouch,” Van Landegem explained.

GreenTouch announced improvements to the fixed access residential networks of 254 times and to the core network, that interconnects the fixed residential access and mobile access, of 316 times.

If you look at these numbers objectively, they make sense, Van Landegem noted. Wireless networks broadcast everywhere and are less energy-efficient because the information travels over the air. Core networks and fixed-access residential networks use optical technologies that are already much more energy-efficient.

The consortium has shown that net energy consumption in end-to-end networks could be reduced by 98 percent, compared with the 2010 numbers, even while supporting increases in traffic. Van Landegem said that the energy savings could amount to the equivalent of the greenhouse emissions of 5.8 million cars.

Klein pointed out that if nothing is done about energy usage in telecom networks, the operational costs attributed to energy will go up, resulting in higher costs for businesses and consumers. He added that, in developed markets, energy comprises 7 to 20 percent of the operational expenses of a telecom operator, but it can be much higher in developing countries.

Klein also filled us in on the work being done in New Jersey.

First and foremost, the idea for the consortium came out of Bell Labs headquarters, which is in Murray Hill. “We did a lot of the early investigations to understand the efficiency of networks today and understand the potential for improving energy efficiency.” This laid the groundwork for the GreenTouch mission, he said.

Bell Labs researcher Thomas Marzetta developed a technology that is called “Large Scale Antenna Systems” by the company, but is known as “Massive MIMO” in the industry.  This technology was originally intended to increase capacity in the network, but “when we did the research we realized it had huge energy efficiency benefits. … It is now considered the leading candidate for 5G networks,” said Klein.

Additional key contributors at Bell Labs in New Jersey to the Large Scale Antenna Systems project were Hong Yang and Alexei Ashikhmin. Bell Labs also partnered with the University of Manchester, in the U.K., in the context of GreenTouch.

Two projects involving fixed access networks were also driven from New Jersey. One is a specific protocol called “Bit-Interleaving Passive Optical Networking,” which involves both a new architecture and a new transmission protocol, according to Klein. This is really a new way of thinking about transmission: instead of packets, it uses particular time slots. That way, the device in the home doesn’t have to look at all the information being sent over the network, only the information being delivered in specific time slots and intended for that particular home.

“This is much more efficient because you don’t have to worry about other time slots. The electronics in the home unit can run at lower frequencies, and there is less power consumption by the network equipment,” Klein noted. Bell Labs researchers in New Jersey who were key contributors to this project were Hungkei (Keith) Chow and Prasanth Anthapadmanabhan. Other partners in the project were IMEC (Belgium) and Orange (France).

Klein said GreenTouch introduced and demonstrated this technology in 2012, but has since extended the concept into a multistage idea called “Cascaded Bit-Interleaving.” This technology addresses every node in the access and metro networks, so each node only looks at the data destined for it in its own time slot.

“That’s a key architectural change and a key protocol that contributes to the efficiency gain. It ensures that the power consumption is proportional to the amount of traffic on the network and the actual user load,” said Klein.  The project achieved a 30-times savings of dynamic power consumption.

The overall analysis and results for the enterprise fixed access networks, dubbed the “Green Meter,” were developed in New Jersey. Anthapadmanabhan also led the fixed access working group at GreenTouch and was responsible for the overall methodology for bringing all the different contributions from fixed access networks together. Helping out in this effort were imec (Belgium), the University of Melbourne (Australia), Inria (France) and Orange (France).

This group looked at all the components that went into GreenTouch (proposals about sleep modes, new hardware, architecture changes, protocol changes, algorithms, etc.), and figured out how to put all the functions and ideas submitted by all the members together into a proposal. The group modeled them to understand their importance and the combined impact of the contributions, Klein concluded.