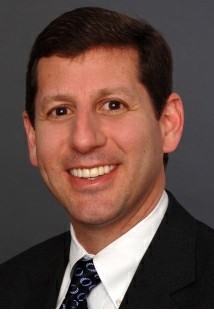 Mark Nelson is COO and cofounder of Revelstone. | Revelstone

NJTechWeekly.com recently interviewed Mark Nelson, cofounder and COO of Parsippany-based Revelstone. We first encountered Revelstone at the Venture Association of New Jersey (VANJ) Entrepreneurs Expo and Elevator Pitch Olympics in 2011, where the startup gave a demo of a platform it had launched to help municipalities and counties track and measure their operational performance.

Revelstone was founded in 2010 by Nelson, CEO Kenneth Wolf, CTO Rob Gordy and a silent investor. In 2012 the startup joined the prestigious Code for America accelerator in San Francisco, where it was a member of the first class of companies accepted into the not-for-profit civic incubator.

Now the startup is gaining traction in its home state of New Jersey, having signed up some 25 towns including Barnegat, Franklin Lakes, Medford, Morristown, Princeton, Roselle and Somerdale. The company recently presented at a New Jersey Technology Council (NJTC) Demo Day.

Nelson is optimistic about the future of his firm, which he says is filling a pressing need here and in other states. He noted, “Our goal here is to make municipalities more efficient. If you look at all the towns in the United States and if they all saved $10,000 or $15,000 each year, that’s a huge number. That’s what motivates us every day. We can have a huge impact on how well our governments run.”

What does Revelstone do?

Revelstone’s Compass Web-based software allows mayors, city councils, town administrators and department heads to measure and analyze the performance of vital service departments such as police, fire and public works. Municipal officials and staff, for example, can look into police and fire call volume or response times and identify issues or patterns in order to make improvements in how they operate.

The software also lets municipalities compare the performance of their services to [that of] towns and cities of similar size and demographics — not just with neighboring towns. This information can help towns and cities to make changes and improvements to better serve their citizens. We monetize the product through a low-cost monthly subscription directly to consumers, who are municipalities.

Going back to your early days, how did you incubate the idea for Revelstone?

Revelstone emerged out of an already existing company, Revelwood, a performance-management solutions company in North Jersey. It is now a completely separate company. All of the founders had great backgrounds. For example, I had just sold my last software company. We are all data geeks. We understood how performance management operates in Fortune 500 businesses, and as we started to think about how challenging the economy was for local governments, we realized that there was a huge opportunity and a large market.

We realized that with our expertise we could build a lightweight, portable version that would bring the tools for managing data to local governments who weren’t operating that way. Technology has lagged behind in this space. However, we didn’t come out of working in city hall for the last few years. We needed to understand what the value proposition and what the appropriate price point would be for local municipalities. So we talked to as many people as we could and did our due diligence in the market to shape our solution.

We envisioned the concept of benchmarking and sharing, but we thought the benchmarking would be done anonymously. However, as we spoke to people in government, one after the next said they wanted open data. They told us, “We want to know who we are talking to and we want to be able to collaborate with them.” So we made it an option to be anonymous.

How did being in the Code for America accelerator help you?

We were in the Code for America accelerator last summer. The mission of Code for America is to help government do more with technology, and we were very much aligned with the mission. Primarily, the accelerator helped us clean up our messaging, our product became more crystallized and we improved the user experience. We spent four weeks over four months working with mentors who were technology rock stars. We even got to work with Tim O’Reilly, a leader in the Government 2.0 movement, and hear his insights about how we should go to market. The accelerator also gave us opportunities to network with and associate with other companies with the same mission: making government work easily and transparently.

Did you face any technology challenges while you were developing Compass?

We developed this on an Oracle technology stack that was scalable for our needs going forward. One of the things that came out of our Code for America involvement was that we needed to improve our user experience. We figured out how to make the experience frictionless. It’s faster for our customers to get up and running, and we got a lot of guidance on this.

What has spurred your recent successes?

Word of mouth has helped. As communities want to benchmark against others, they speak to their peers about our product, so it becomes a little viral.

However, much of our success is due to the economy. The 2 percent budget cap we have in New Jersey and many other states isn’t going away, and municipalities have two choices: they have to either find ways to become efficient at delivering their services or cut services. Our customers are choosing to become more efficient and better manage their services.

There is also an element of transparency that is driving governments. They are mandated to become — and many executives want to become — open and communicative about what is happening.

Part two of this interview will appear next week.