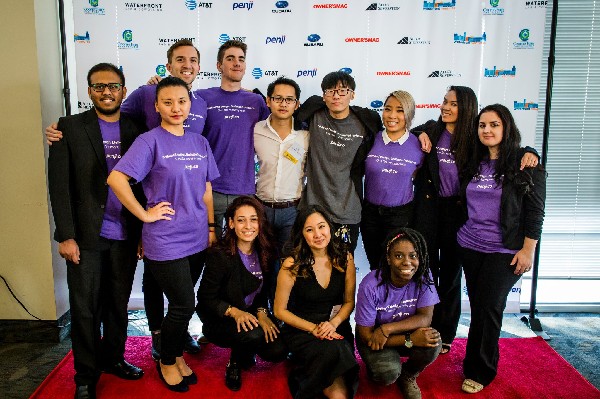 Penji: A socially conscious graphics design firm that launched in April 2017 in Camden, Penji offers unlimited design work with unlimited revisions for a flat fee of $349/month, in a design-as-a-service model. The company also offered free work to non-profits in Camden.

Tran, who is also CEO of Waterfront Ventures, an economic development organization bringing startups and businesses to Camden, said, “Hiring in and from Camden is a top priority for us. We believe one of the best ways to revitalize the city is to keep talent in the city.” Grzybowski added, “Providing opportunities for Camden residents and students was a natural step in retaining the talent, both to grow our business and shape Camden’s future.”

GovPilot: GovPilot, a Hoboken municipal software provider, has added a “Dashboard” interface to its software.  The new feature is based on customer feedback. This visualization has simplified viewing and summation of data for users, and being more intuitive, is preferable to lists or tree searches, the company said. Information is displayed on colored tiles, that are color-coded for categorization and grouping of project status or employee productivity. Tiles can be custom arranged and the arrangement is automatically saved.  According to GovPilot, paying attention to customer feedback and improving software accordingly has led GovPilot to now be on GovTech 100 list and have a 4.5-star rating on Capterra, a website with real user reviews of business software. GovPilot hired 5 additional employees in 2017.

Birdzi: RevTech, a retail technology accelerator and venture fund in Dallas, announced it had closed a Series A round for Birdzi, a startup based in Iselin. Birdzi has a mobile engagement platform aimed at small and mid-sized grocery stores that drives digital offers to consumers. The startup said it would use the more than $1 million in funding to expand its sales and product teams and to launch a new wellness initiative in partnership with ScriptSave, a prescription savings plan provider.

The announcement came in a press release from Rev Tech. “When we raised the follow-on fund last year, the aim was to facilitate larger seed rounds for those alums of our accelerator demonstrating high growth,” said RevTech Managing Director, David Matthews.  “While we certainly didn’t expect to lead a Series A funding this soon in our experience, it’s not surprising given the entrepreneurial talent RevTech and its mentors are attracting.”

Krewr: Krewr is a new social app designed by Newark native and attorney Cynthia Gill. Gill told us that the app isn’t about dating or venting—it’s about finding like-minded people who are interested in the same kind of fun and group activities as you.

Krewr assists users to form diverse “krews” for different interests. Users select from a variety of social and athletic activities, forming multiple activity-based group networks. “I included more than 50 activities on Krewr so there’s something for everyone—from physical activities such as biking, rock wall climbing, and skiing, as well as spectator ‘krews’ for just sitting back and watching the game—to interactive cultural activities such as wine tasting and cooking classes. I created Krewr to give every user the opportunity to find new friends in an activity-based, social environment,” said Gill in arelease.

Krewr launched in ten cities including neighborhoods like New York City’s West Village, Koreatown in Los Angeles, Five Points in Atlanta, East Sixth in Austin, as well as the Mission District in San Francisco, and the city of Hoboken, Gill said.