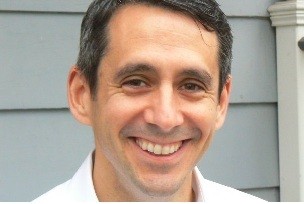 Pervasive Group: Pervasive Group (Clifton), which graduated from the first TechLaunch (Clifton) accelerator cohort, has announced a big customer win. The startup said it had launched the first carrier-branded, mobile parental-control solution for teen drivers in the Kingdom of Saudi Arabia. Called Mobily Guardian, the solution is powered by MMGuardian. The carrier-grade cloud product combines original MMGuardian features and an intuitive user interface in both English and Arabic, Pervasive said. Mobily Guardian is available in Saudi Arabia on Google Play on a monthly or an annual subscription basis, the company said.

Clever Commute: Joshua Crandall of CleverCommute.com (Montclair) has been doing outstanding crowdsourcing work, compiling information for and from his subscribers during this winter’s endless snowstorms. CleverCommute provides real-time information on what is happening on major commuter lines such as LIRR, NJ Transit, Metro-North and PATH, through information supplied by riders. Check out this feed from the Gladstone and Morristown lines, on which commuters reported diverted trains and delays.

Refundo: Elizabeth startup Refundo, which was founded in June 2011 to help the underbanked improve their financial status and get connected to the U.S. banking system, also has technology that integrates with tax preparation, allowing the underbanked faster access to their refunds.

The company recently announced a partnership with Stripe, the Web and mobile payment startup. This partnership will let tax offices across the country accept credit card payments through the Refundo online platform. Roger Chinchilla, cofounder and CEO, said, “Setting up a merchant account is a lot more time consuming, expensive and confusing than it needs to be … . We’ve made it easy for tax professionals everywhere to set up their own accounts to accept credit card payments … with Refundo.”

MobileArq: Niru Mallavarupu, founder of MobileArq (Summit), said her startup’s online parent-teacher directories have been in use at Lawton C. Johnson Summit Middle School since September 2013. Instead of receiving a traditional directory, parents were told to sign up for the online tool through the school’s parent-teacher organization. While 700 families registered for the tool, not all are using it, Mallavarupu reported.

“Parents use MobileArq when they need to pick up their child at a friend’s house and don’t know the address, or need to email or call a teacher immediately when they are out on the road,” Mallavarupu said.

They also log in from other states when they are out of town, she added. Mallavarupu said the online directories, which she calls a “smart, green alternative to directory printing,” are in use in schools in N.J., Conn. and as far away as Texas and have more than 20,000 registered users.

No stranger to startups, Mallavarupu has more than 20 years’ deep technology expertise in distributed computing and Web-based technologies. Before founding MobileArq, she was director of engineering at Bluenog (Somerset), a venture-backed company.

fuel.am: fuel.am is a programming school that some active members of the NJ Tech Meetup are setting up in Hoboken. The school’s course offerings will range from introductory to expert for technical and non-technical individuals. The team behind the school– Aaron Price, Amit Baria, and Edan Golumb– are N.J. tech community regulars and have lined up faculty with experience doing what they do, not just teaching. A sampling of course topics such as Web Dev 101, UI/UX, and Agile Methodology are on the site, but the list is still growing. Fuel.am aims to be a quality, full service school, but the organizers are also interested in custom-designing offerings.