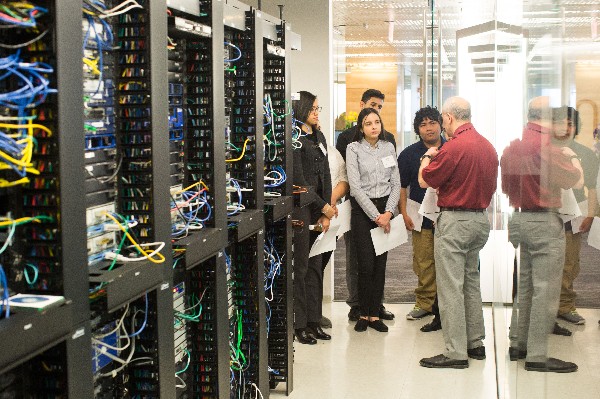 Our March interview with Hackensack-based Vidyo’s Eran Westman , who had just taken on the role of CEO, created a lot of buzz this year and became our top hit-getter. Westman said his “top three priorities are continued innovation and technical leadership, growing our key verticals and strengthening our existing customer relationships and, finally, meeting all of the financial goals we’ve set for ourselves. The company is beginning an exciting chapter, and I am looking forward to being a part of creating new stories of success and innovation!”

Julie O’Hara attended this NJ Connect meetup in Red Bank in February and reported on what Polymash’s Juergen Berkessel had to say. “One of the main themes of Berkessel’s design thinking methodology is “ideation,” and Berkessel has developed a workshop that shows participants how to easily handle the key and complex questions: “who, what, why, and how.”

3.     16 Best Tech Companies to Work For in New Jersey via NJ Biz  By Esther Surden

In March, we had the idea that the tech community would want to know which tech companies made NJ Biz’s Best Company to Work For list. Apparently, knowing this information was important to our readers.

4.     Juniper’s OpenLab in Bridgewater Having Worldwide Impact  By Esther Surden

In July, Juniper OpenLab gave us a look inside what goes on at the facility and explained how the concept of an open lab for network development led to an innovation center that is having global impact.

Juniper also captured our number 5 spot on this list with its announcement that it was accepting companies into a solutions incubator to be run out of OpenLab.

6.     Toms River Startup Yashi Exits to the Tune of $33 Million; Staying in NJ By Esther Surden

It was big news when Yashi announced that 100 percent of its stock has been acquired by Nexstar Broadcasting Group (Irving, Texas) for $33 million.

We covered the Innovation Acceleration Challenge that took place in December of 2014 in the early part of January 2015. NJIT president Joel Bloom gave this advice to competitors: “You really don’t need to spend a lot of time on innovation. You should spend more time looking around and listening, looking for needs.” The key is figuring out what will help someone do something more quickly and inexpensively.

8.     Startup Founders Tell One Lesson Learned During 2014, Give Advice to Fellow Startups By Esther Surden

We published this in early 2015. At least one of these startups has folded and another has pivoted. A couple of these startup founders are looking for funding to move forward and one, Yashi, had a successful exit.

It’s a surprise to see a startup roundup on this list, but each of these companies had some news to share in early 2015.

Also early in 2015, we did a year-end story about plans community leaders had for the coming year.  Take a look and see who fulfilled their dreams and who did not.

Previous: Why A 3D Printing Lab In A Business School? To Turn Entrepreneurs Into Designers
Next: Besides Money, What’s Missing from the NJ Tech Startup Ecosystem? Part One