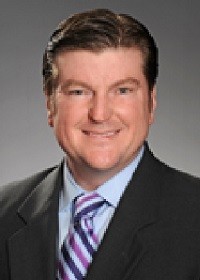 New Jersey is working hard to keep its tech industry growing here and not in neighboring states.

At the Dec. 10, 2013, New Jersey Economic Development Authority (EDA) board meeting, three technology companies were awarded grants to stay in the Garden State. They received those grants through the Grow NJ Assistance, or Grow NJ, program, which encourages businesses to increase employment in New Jersey.

The board’s approving companies for grants does not guarantee that firms will stay in the state, an EDA spokesperson confirmed. A company may decline the award and move elsewhere.

The EDA board has approved an award for WebiMax (Mt. Laurel), an online digital marketing service company founded in 2008. The firm earned the No. 5 position on the 2013 Agency 100 list, an annual ranking of the fastest-growing advertising and marketing agencies in the United States.

To accommodate its rapid growth, WebiMax had considered relocating its existing workforce to Newark, Del. A Grow NJ incentive worth up to $12.7 million over 10 years has encouraged the company to relocate to Camden. The project creates 100 new jobs and retains 50 New Jersey jobs at risk of leaving the state.

The WebiMax project was eligible for an increased award due to its location in a Garden State “growth zone,” the EDA said in a statement.

These Garden State growth zones are identified in the New Jersey Economic Opportunity Act (EOA) of 2013 as the cities with the four lowest median family incomes: Camden, Trenton, Passaic and Paterson.

Of the four Garden State growth zones, funding is strongest for projects in Camden, the EDA statement said.

Marathon Data Systems, now in Wall and a supporter of the Jersey Shore tech community, is the second company that has been approved for a Grow NJ award, up to $3.2 million. The grant includes a bonus for relocating the company to Neptune, identified by the EOA as a distressed municipality. Marathon provides office management, cloud-based field-force automation software and marketing services solutions to the pest control, HVAC and plumbing industries.

The firm is deciding whether to relocate its 74 existing New Jersey employees to its Boston facility or its new Neptune location. Marathon’s plans call for creating 35 new jobs to support its significant growth over the past few years.

Finally, a Grow NJ award worth up to $24.3 million over 10 years has been approved for IDT Corporation. The grant aims to encourage the company to maintain its Newark headquarters rather than move to a competing location in Pearl River, N.Y. IDT is focused on consumer services primarily in the telecommunications and payment services industries.

The company’s Newark project receives a bonus for being located in an urban transit hub municipality. The project retains nearly 530 full-time jobs and creates 40 new ones, the EDA said.