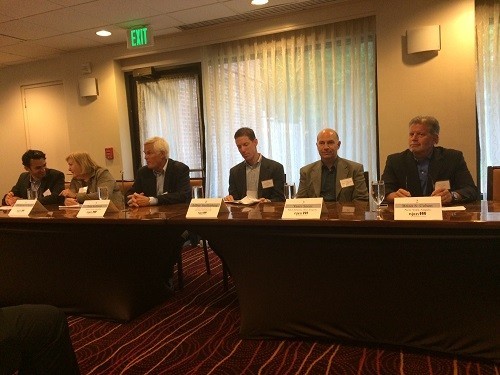 During 2014, many angel investors spoke to gatherings in New Jersey. These are some of their quotes.

2.     On taking smart money: “In this area you will sometimes find Wall Street types who will invest but blow a company’s valuation, and thus the company’s long-term viability. You want to look for smart money, money that can help a company grow.”  — Katherine O’Neill, of the Jumpstart NJ Angel Network, at NJEN’s Gathering of Angels, in June.

3.     On advice: Sometimes mentors will give you bad advice. “Go back to them anyway and tell them what happened … now the mentor will owe you a better piece of advice.”  — Michael Ehrlich, of the NJIT Highlanders Angel Network and New York Angels, at the Innovation Tech Meetup on June 19.

4.     On making decisions: “We want to see you execute first, and it’s important for me to see you make decisions quickly. When you need to change something, we don’t want you to take six weeks or three months to figure out what you need to do. If you can’t make a decision very quickly, you can’t be a startup. Time is the most expensive thing you have.”  — Independent angel investor John Ason, at the NJEN meeting on September 17.

5.     On getting more women as startup CEOs: “If we want to change [the diversity of] what we see standing on the New York Stock Exchange when a tech company goes public … we need more women investing in the early stage.”  — Mentor, connector, entrepreneur and angel investor Kelly Hoey, at the Princeton Tech Meetup on July 24.

6.     On investing in the team:  “All private equity investments are made in people, not just in science.”  — Mid-Atlantic Bio Angels founder Yanov Sneor, at the LaunchNJ: Life Sciences Hub meeting on September 8.

7.     On being a good listener: “That is the central component of the relationship. Don’t just preach and talk to your investors and the other team members, but listen to their feedback and their advice. … Internalize it and … even if you don’t follow it … at least you can use it to make better decisions.  — SoundBoard Angel Fund cofounder Jonathan Hakakian’s advice to startup founders, at NJEN’s Gathering of Angels, in June.

On founders’ commitment: “I’ve seen a few companies that have broken up because the founders can’t get along. When you marry someone, you don’t do it right away. It’s best to marry someone who you’ve known for a really long time. The same with a cofounder. It’s best to have known that cofounder for a while.”  — Angel investor at Casabona Ventures and TechLaunch founder Mario Casabona, at the Morris Tech Meetup on December 2